Hybrid bonds, which combine both debt and equity features, usually come due in 30 years, but a call option gives the issuer the right of termination before maturity.

The call option date is virtually deemed to be the maturity date of hybrid bonds, so investors usually consider bond issuers' decisions not to exercise call options to be "unfaithful" acts, though not cases of insolvency. 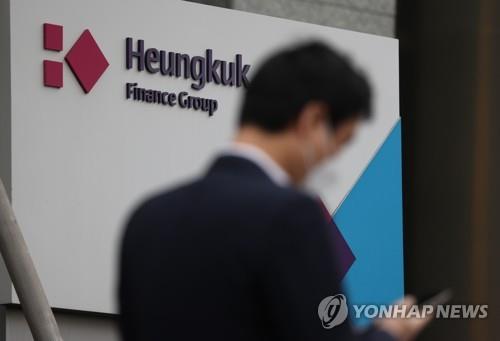 Despite the tumbling prices, their transactions have nearly fallen off a cliff, which could lead to higher borrowing costs, according to market watchers. Bond prices move inversely to yields.

Heungkuk's hybrid bonds with a face value of $100 closed at $72.2 in domestic and overseas markets for Korean paper Friday, down nearly 30 percent from $99.7 last Monday.

Hybrid bonds floated by other South Korean insurance companies and banks have also taken a hit.

Prices of Tongyang Life Insurance Co.'s hybrid bonds, whose call option falls on September 2025, dipped to $52.4 from $83.4 over the cited period.

Lower bond prices normally come as an inducement to investors, but the Korean paper trade remains in the doldrums following Heungkuk's decision, to which some watchers allege South Korean foreign exchange authorities have given the nod.

"No bids have been placed for Korean paper since Heungkuk's decision not to exercise the call option, though it is usually difficult to get a clear picture of overall transaction volumes," said a bond dealer at a local brokerage house on condition of anonymity. 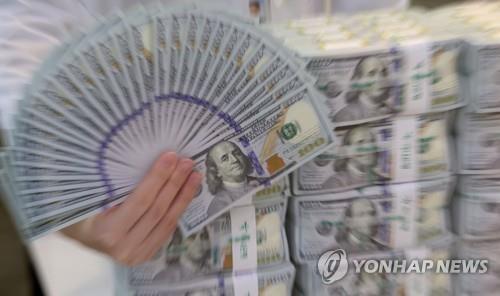 Another bond dealer chimed in, saying there have been no transactions in many South Korean hybrid bonds in November in the wake of damaged investor confidence.

"Investors have been spooked by rising interest rates and Heungkuk's move, which is expected to have a negative impact on South Korean insurers' refinancing and new sales of hybrid bonds," Yi Chang-yoon, a director at global credit appraiser S&P Global Ratings, said in a statement Friday.

Some analysts even warn that weaker investor confidence in Korean paper may shrivel overseas demand for hybrids and bonds sold by non-financial firms down the road, forcing issuers to pay more in interest.

"There is an overall market climate of reassessing the possibility of call options exercised by South Korean hybrid issuers, which could have a negative impact on South Korean firms' hybrid sales," a market watcher said.

"Such a situation could affect the issuance of Korean paper negatively though the local bond market is expected to level off gradually thanks to the government's market stabilization measures."

A worsening market for dollar-denominated Korean paper has prompted South Korean institutions to suspend overseas debt sales or turn to non-dollar markets, according to industry sources.

Two major lenders -- KEB Hana Bank and Shinhan banks -- are pushing to issue Kangaroo bonds, or debt denominated in Australian dollars and issued by non-residents in the Australian domestic market, with other financial institutions turning their eyes to the Japanese bond market.

There are also growing worries that Heungkuk's move, coupled with the U.S. Fed's recent giant-step rate hike and other unfavorable factors at home and abroad, could send the local non-bank financial sector into a credit crunch.
(END)