SEOUL, Nov. 9 (Yonhap) -- Jin, a vocalist of the K-pop giant BTS, has earned his first solo entry on the U.S. Billboard's main songs chart for his first individual release, "The Astronaut." 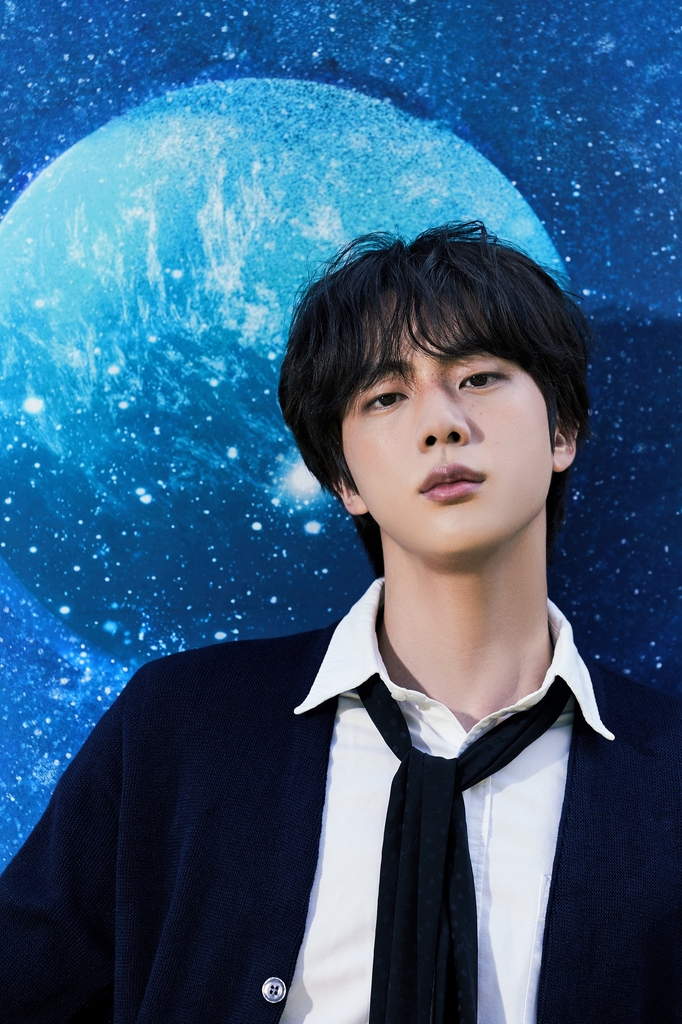 "The Astronaut" is a pop-rock genre song co-written by Coldplay, with the British band also playing on the recording. Jin participated in writing the lyrics, expressing his affection for Army, the global fandom of the K-pop septet.

Jin's deeply sentimental voice accompanied by a calming sound of acoustic guitar and gradual build-up of synth sound creates the mysterious and dreamy mood of the song.

After wrapping up promotional activities for "The Astronaut," the 29-year-old vocalist is set to temporarily leave the music scene to become the first BTS member to enlist for the mandatory military service.