Foreigners' stock investment funds logged a net inflow of US$2.49 billion in October, swinging from the previous month's net outflow of $1.65 billion, according to the data from the Bank of Korea (BOK).

Their combined investment funds in local securities -- stocks and bonds -- posted a net inflow of $2.77 billion last month, compared with a net outflow of $2.29 billion a month earlier, according to the data.

Meanwhile, the premium on credit default swaps (CDSs) for South Korea's five-year dollar-denominated currency stabilization bonds stood at a monthly average of 61 basis points last month, the highest level since November 2017, when it was at 67 basis points.

A higher premium indicates a higher credit risk. A basis point is one-hundredth of a percentage point.

A BOK official said the current CDS premium is not high enough to worry about considering the figure spiked to as high as 300 basis points in the midst of the previous financial crisis. 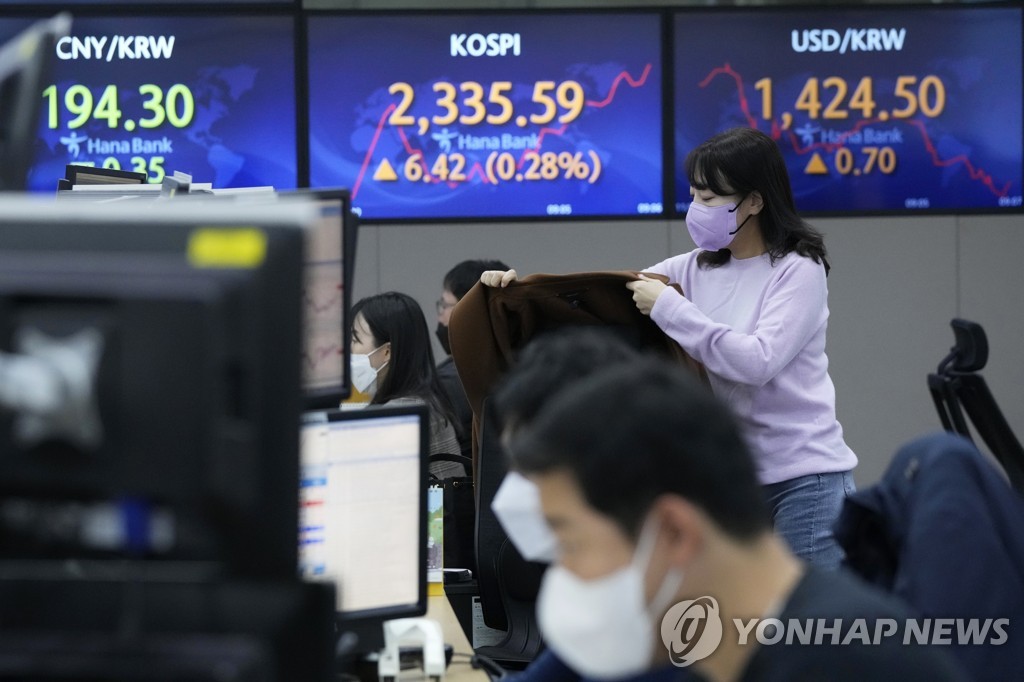