SEOUL, Nov. 9 (Yonhap) -- A retrospective exhibition on Korea-born video art pioneer Paik Nam-june (1932-2006) will open this week to showcase his essential artworks and shed light on his broad influence on contemporary Korean art.

The special exhibition "Paik Nam June Effect" will run from Nov. 10 to Feb. 26 at the National Museum of Modern and Contemporary Art (MMCA) in Gwacheon, just south of Seoul.

The exhibition will present 43 pieces of Paik's popular works in the 1980s and 1990s, including the 13-part video sculpture "My Faust" and robot sculpture "Rehabilitation of Genghis Khan".

There will be 60 paintings, installations and photos by 25 Korean artists who were active in the 1990s to offer a glimpse of Paik's artistic influence across genres. 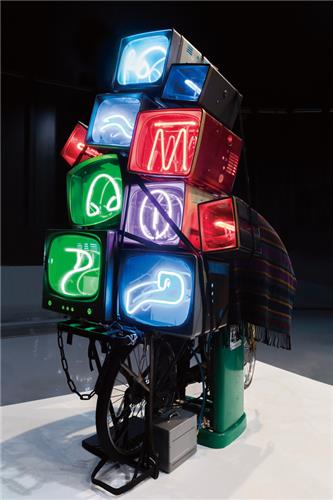 Paik returned to South Korea in 1984 after 30 years abroad and became a prominent figure in the local art scene with his impressive works that transcend the boundaries of art, especially his experimentation with televisions.

He engaged in various projects associated with the 1986 Asian Games and the 1988 Seoul Olympics to serve as a bridgehead for promoting Korean art to the world.

In September, the MMCA reopened his 18-meter flickering video tower, "The More The Better," the museum's iconic installment created in 1988, after replacing and fixing some old monitors. 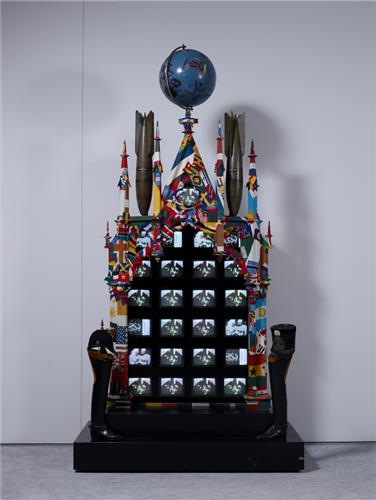 Video artist Paik Nam-june's exhibition looks back on his legacy

Video artist Paik Nam-june's exhibition looks back on his legacy