SEOUL, Nov. 10 (Yonhap) -- Tving series "Bargain" was set in a motel ravaged by an earthquake in the middle of organ trades to unfold a dystopian story about loss of humanity and money, director Jeon Woo-sung said.

The six-episode show is an adaptation from Lee Chung-hyun's short film of the same name released in 2015, although the earthquake plot is a new addition. It was made into a six-episode series, with each episode running 30 minutes.

The thriller presents the brutal struggles of people who were involved in organ trades in a destroyed motel after a massive earthquake disconnects everyone from the outside world.

"Loss of humanity and dystopia are the central structure of the story," Jeon said in an online media interview Wednesday. "I put some metaphors about money and lies. The motel setting can be interpreted as a metaphor for capitalism." 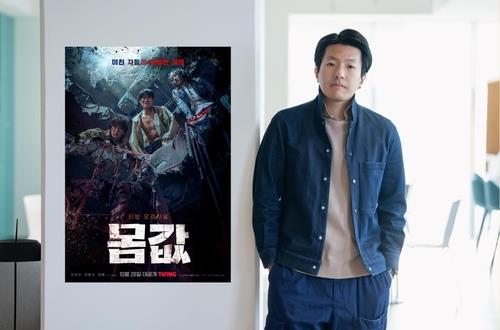 It has three main characters. No Hyung-soo (Jin Seon-kyu), a middle-aged man who faces the risk of losing his organs in the black market, and Park Ju-young (Jeon Jong-seo), a teenage girl involved in the organ trade. Ko Keuk-ryol (Jang Ryul) chases No after buying the right to take his kidney for his ailing father.

Jeon said he wanted to make viewers play a guessing game through the ill-intentioned characters who manipulate each other for survival, money and other ulterior motives.

"It is hard to figure out which character is more vicious than others. I wanted to show how the villains behave and manipulate each other," he said.

The director said he followed the one-take filming technique used in the original 14-minute film to maintain tension throughout each episode.

"It was difficult to design the movements of camera walking," Jeon said. "It would have also posed challenges to actors who had to play for long shots." 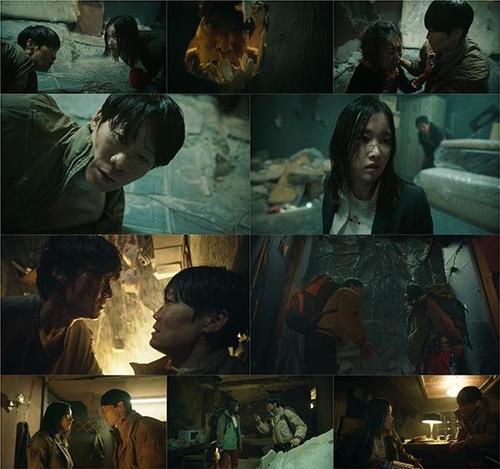 The dystopian thriller with unique cinematography was loved by genre fans but criticized for intense violence and swearing by some viewers. Jeon said he knew it would draw contrasting feedback because it brings unflinching eyes to uncomfortable truths.

"From the beginning, I expected viewers would be divided into likes and dislikes," he said. "My goal and mission was to make it fun to watch."

According to Tving, Korean entertainment giant CJ ENM's streaming platform, "Bargain" was the leading original content that attracted the highest number of new subscribers and daily active users in the first of week of its streaming on Oct. 28. The series will debut on Paramount+ next year to reach a global audience.

When asked about the ending scene implying there's more to tell, the director left it open to expand the show in the second season.

"Nothing has been decided on for the second season, but the possibility remains open," he said.