SEOUL, Nov. 10 (Yonhap) -- The United States' implementation of export controls on semiconductor equipment is not intended at interfering with business activities, a senior U.S. official said Thursday, stressing it will closely engage with the South Korean government and related industries over the matter.

The export curbs, announced by the U.S. Commerce Department on Oct. 7, require U.S. companies to obtain licenses to ship to China their equipment that can be used to produce advanced chips. Shipments to foreign firms operating in China will be reviewed on a case-by-case basis.

Samsung and SK hynix have been given a one-year waiver that relieves them of the review requirements, although questions remain as to what will come next once the reprieve ends.

"The measures that we implemented are directed at our national security concerns and required a restriction of access to technologies that can be used for military and proliferation applications," Kendler said at a press roundtable in Seoul.

"While we must protect national security, we don't want to unduly interfere with commercial business," she said. 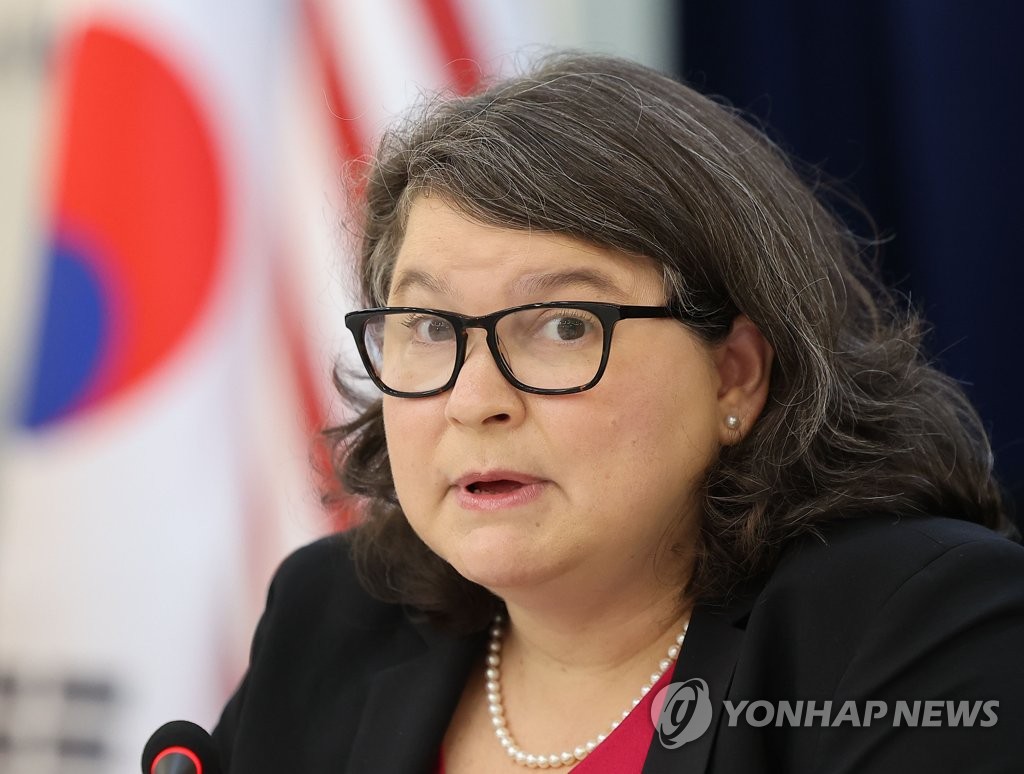 The move is seen as a crackdown on Beijing to cut it off from the supplies of the critical chip parts, and block its drive for developing chip and military capabilities.

Kendler said she is not able to predict at this stage how things will unfold after the temporary exemption expires, but the U.S. government will continue talks with Korean companies under the influence of the export controls.

"We will meet, stay in very close communication with them so that there are no surprises in the next year," she said.

The equipment and technologies subject to authorization for shipment include DRAM chips at 18 nanometers or below, NAND flash chips at or above 128 layers, or logic chips at or under 14 nanometers.

Samsung has a NAND flash manufacturing plant in Xian and a chip packaging plant in Suzhou. SK Hynix has a DRAM plant in Wuxi, a post-processing plant in Chongqing and a NAND plant in Dalian, which it acquired from Intel Corp.

As to whether the U.S. has asked South Korea to join its export controls initiative, Kendler said "multilateral export controls" have always been more effective than restrictions imposed by a single country.

"My hope certainly would be that we end up with multilateral controls," she said.

Kendler also reconfirmed the recent U.S. intelligence report on North Korea supplying its weapons, such as ammunition, to Russia, an accusation strongly denied by both countries.

"I don't think that the denials by those countries change what we're saying there."

Kendler was in Seoul this week for discussions with officials here on the impacts of the export restrictions, as the two countries held the first working group meeting on supply chain and dual-use export controls.