It was the largest single-session growth since Oct. 30, 2008, when the country saw the local currency spike 177 won.

The won's strength came as a U.S. government report showed inflation marked the lowest annual increase since January to come to 7.7 percent. The figure was better than economists' expectations of 7.9 percent.

The cooling inflation raised hopes that the Fed will rethink its strong push for interest rate hikes, according to the market watchers.

The won has been one of the worst performers among major currencies amid the dollar's continued ascent. It plunged to as low as 1,444.2 won on Oct. 25, the lowest figure in nearly 14 years. 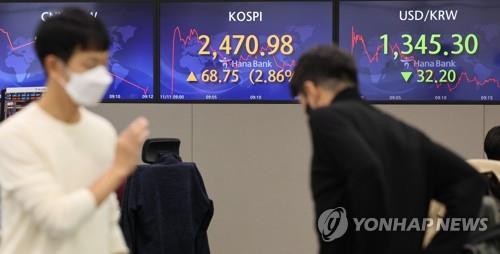