The consolidated net losses widened to 7.53 trillion won (US$5.66 billion) in the July-September period, compared with a loss of 936.7 billion won a year earlier, the company said in a regulatory filing.

It is the largest ever third-quarter net loss the utility firm has logged so far.

It is also far higher than its second-quarter net loss of 6.52 trillion won and neared the worst ever quarterly figure of 7.79 trillion won. The firm has logged quarterly losses for six consecutive quarters.

The third-quarter loss came as KEPCO was forced to have put the lid on electricity rates amid the government's efforts to curb surging consumer prices and the COVID-19 pandemic.

South Korea is struggling to rein in soaring consumer prices, which spiked 5.7 percent in October from a year earlier. 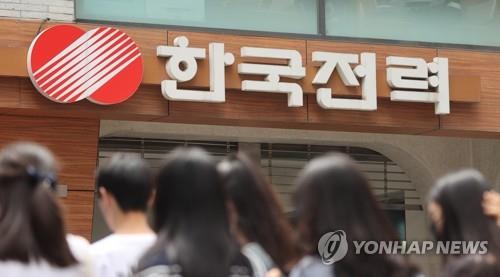