SEOUL, Nov. 11 (Yonhap) -- Netmarble Corp., a major South Korean game developer and publisher, said Friday it swung to the red in the third quarter from a year earlier due to currency loss.

The company said in a regulatory filing it logged a net loss of 277.5 billion won (US$210.5 million) on a consolidated basis in the three months ending in September, shifting from a net profit of 35.7 billion won a year earlier.

For the quarter, Netmarble posted an operating loss of 38 billion won, compared with a profit of 26.6 billion won a year ago. Sales rose 14.4 percent to 694.4 billion won.

The loss was 419.2 percent higher than the average estimate, according to a survey by Yonhap Infomax, the financial data firm of Yonhap News Agency. 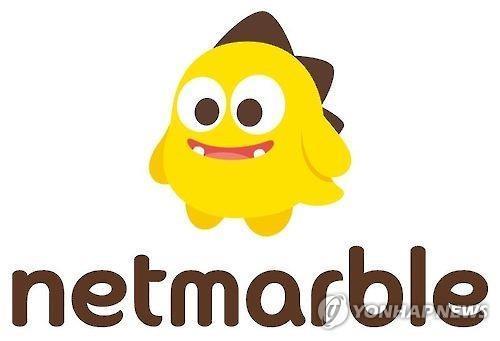 It said the quarterly loss is also attributable to currency loss from the recent depreciation of the Korean won against the U.S. dollar, which worked to raise its financial costs.

Some 48 percent of its overall sales came from North America in the third quarter, while South Korea accounted for 17 percent and Europe took up 13 percent.

"Marvel Contest of Champions," a fighting video game developed by its North American subsidiary Kabam, was the bestselling product for the quarter, accounting for 11 percent of Netmarble's quarterly sales. The online slot machine game "Cash Frenzy Casino" and the video game "Ni no Kuni: Cross Worlds" came in next.

New titles planned for release in the fourth quarter include "Charlotte's Table" and "The King of Fighters ARENA."

The company will also showcase new games, such as "Paragon: The Overprime" and "Arthdal Chronicles," at the upcoming G-Star 2022, an annual trade show for the video game industry, later this month.

(LEAD) Netmarble turns to red in Q3 due to currency loss

(LEAD) Netmarble turns to red in Q3 due to currency loss