The single will mark his first release in two years and three months since "When We Disco," his collaboration single with Sunmi, a soloist from now-disbanded girl group Wonder Girls, released in August 2020.

"Groove Back," the album's main track set to be out next Monday, is an amusing dance song with lyrics about awaking people's instinct of dancing sleeping inside them, according to JYP.

Originally created for a short-form dance challenge, it was later made into a complete song thanks to support from K-pop fans. Gaeko of Dynamicduo participated as a featured artist. 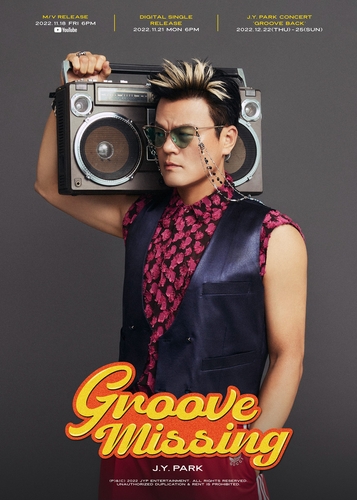 Park launched the "Groove Back" dance challenge on Mount Nam in central Seoul last month and continued the event in Barcelona, Bangkok, Sao Paulo, Brazil and Los Angeles. Many people took part in the challenge, including Shindong of boy group Super Junior and Sunmi.

Park will unveil the music video for the new single at 6 p.m. on Friday, three days before the single's release.