Their interest revenue in the January-September period stood at a combined 40.6 trillion won (US$30.3 billion), up 6.9 trillion won from a year ago, according to the data compiled by the Financial Supervisory Service (FSS).

Their soaring interest income came as the Bank of Korea has raised its policy rate to combat rising inflation.

The BOK has hiked its key policy rate eight times by a combined 2.5 percentage points since August last year to tame the rising inflation, which prodded local banks to raise lending rates. 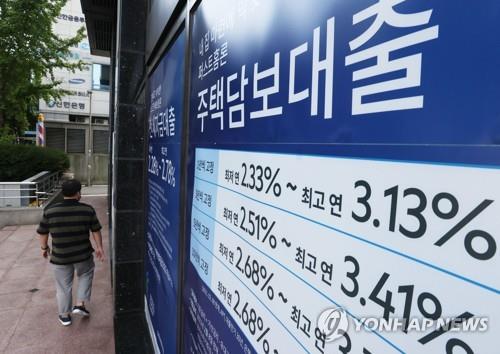 Their combined net profit, however, declined in the first nine months of the year as state-run lenders suffered a decline in their net profits while commercial lenders racked up a record high.

Their non-interest income fell 4.5 trillion won to 1.7 trillion won over the cited period due to a decline in investment gains and commission fees.

Their loan-loss costs also increased 1.7 trillion won to 4.1 trillion won over the cited period, according to the data.