Big Hit Music said, citing data from Circle Chart, the album has sold 1,024,382 copies since it was released Oct. 28.

Jin's deeply sentimental voice accompanied by a calming sound of acoustic guitar and gradual build-up of synth sounds creates the mysterious and dreamy mood of the song.

Co-written by British rock band Coldplay, the song debuted at No. 51 on the Billboard Hot 100 songs chart.

In South Korea, it rose to the top of the weekly albums charts of Hanteo Chart and Circle Chart.

After wrapping up promotional activities for "The Astronaut," the 29-year-old vocalist is set to be the first BTS member to enlist in the mandatory military service. 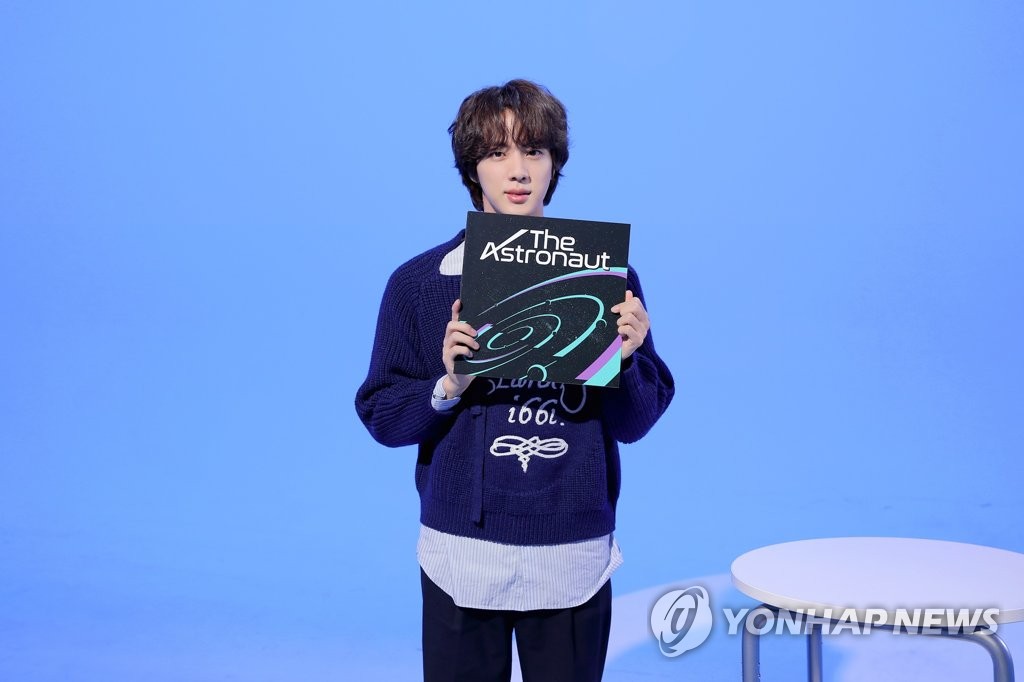