The missile, launched from Pyongyang International Airport, flew 999.2 kilometers for 4,135 seconds at an apogee of 6,040.9km and landed in the international waters of the East Sea, according to the Korean Central News Agency (KCNA). 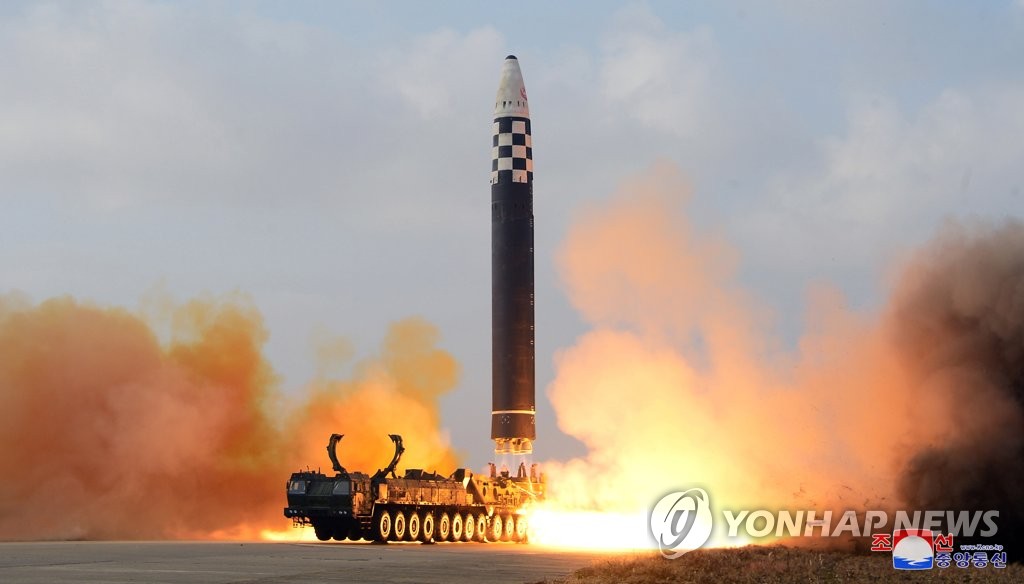 "The test-fire clearly proved the reliability of the new major strategic weapon system to be representative of the DPRK's strategic forces and its powerful combat performance as the strongest strategic weapon in the world," it said in an English-language report. The DPRK is the acronym for the North's official name, the Democratic People's Republic of Korea.

It stressed that the firing was carried out under the "intolerable condition" that the "reckless military confrontational moves of the U.S. and other hostile forces" driving regional security to the "red line" have gone beyond the limit. It was referring to large-scale combined military drills recently staged by South Korea with some of key U.S. strategic assets mobilized.

Kim observed the test in person along with senior North Korean officials, it reported.

Kim was quoted as saying that the launch of the ICBM has reaffirmed his regime's acquisition of a powerful and reliable capability to counter any nuclear threats.

He "solemnly declared" that "if the enemies continue to pose threats to the DPRK, frequently introducing nuclear strike means, our Party and government will resolutely react to nukes with nuclear weapons and to total confrontation with all-out confrontation." 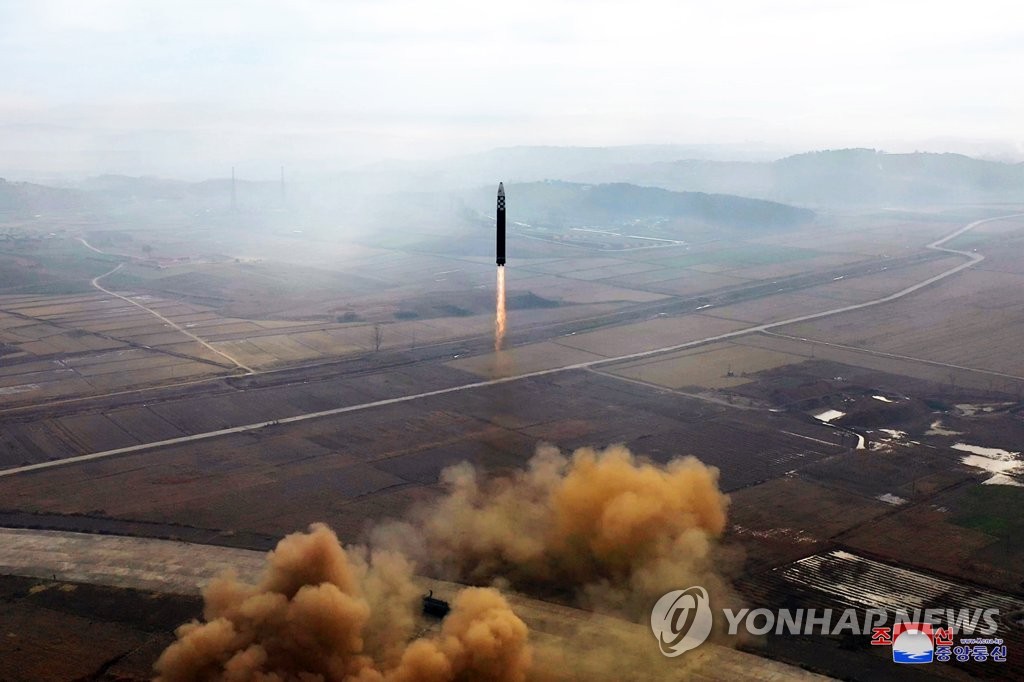 South Korea's military said Friday the North launched an ICBM, apparently at a lofted angle, which traveled around 1,000 kilometers at an apogee of some 6,100km at a top speed of Mach 22.

On Nov. 3, the North test-fired the same ICBM, which apparently ended in failure.

The Hwasong-17, dubbed "monster" for its size, is known to be capable of carrying multiple warheads with a range of around 15,000km, enough to reach the entire U.S. mainland.
(END)