According to the Joint Chiefs of Staff (JCS), the supersonic bomber made a sortie over South Korea's air defense identification zone (KADIZ) escorted by South Korea's F-35A jets and U.S. F-16 fighters.

On Friday, North Korea fired a Hwasong-17 ICBM, which is known to carry multiple warheads and have a range of around 15,000 kilometers, long enough to cover the entire U.S. mainland.

"Through this drill, we have once again demonstrated the joint military capacity of the South Korea-U.S. alliance and Washington's commitment to protecting the Korean Peninsula and providing extended deterrence," the JCS said.

The JCS also said Seoul and Washington will closely cooperate to monitor North Korea's military actions and improve their joint response to the North's provocations. 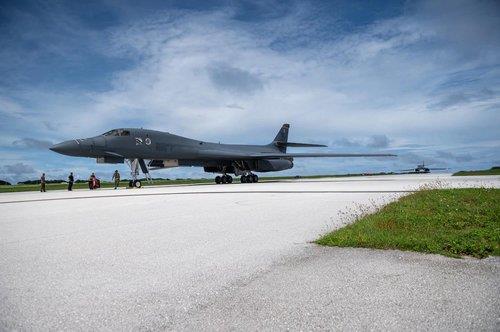