SEOUL, Nov. 20 (Yonhap) -- A South Korean KF-16C fighter jet crashed due to an engine abnormality during a flight mission on Sunday, with its pilot having safely escaped, the Air Force said.

The pilot of the single-seat jet belonging to the 19th Fighter Wing made an emergency ejection in a mountainous area, about 20 kilometers west of an air base in Wonju, some 85 km east of Seoul, at 8:05 p.m., according to the armed service.

"Currently, the pilot remains safe and will be transported to the Air Force Aerospace Medical Center," the Air Force said in a text message sent to reporters.

No damage to civilians has been confirmed, it added.

The Air Force has grounded all types of its planes except for surveillance and emergency assets. The KF-16 jets will remain grounded until the cause of the accident is verified, officials said.

The armed service plans to form a team, led by its vice chief of staff, to investigate the cause of the crash. 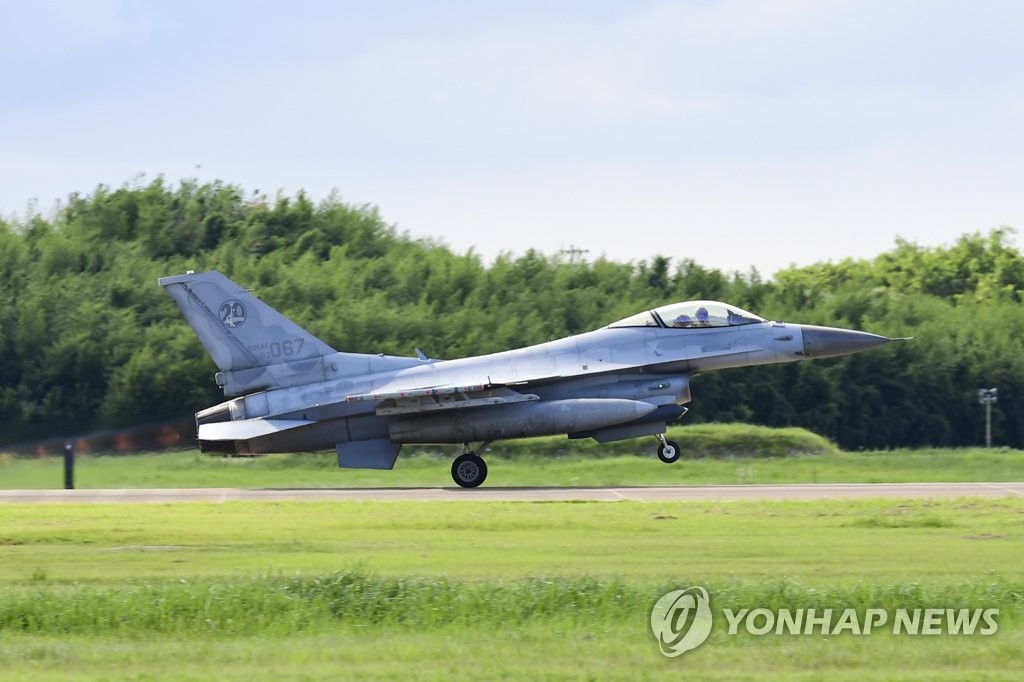