AL KHOR, Qatar, Nov. 20 (Yonhap) -- The 2022 FIFA World Cup kicked off on Sunday with BTS star Jungkook performing a new single in an opening ceremony built on a message of inclusion and diversity. 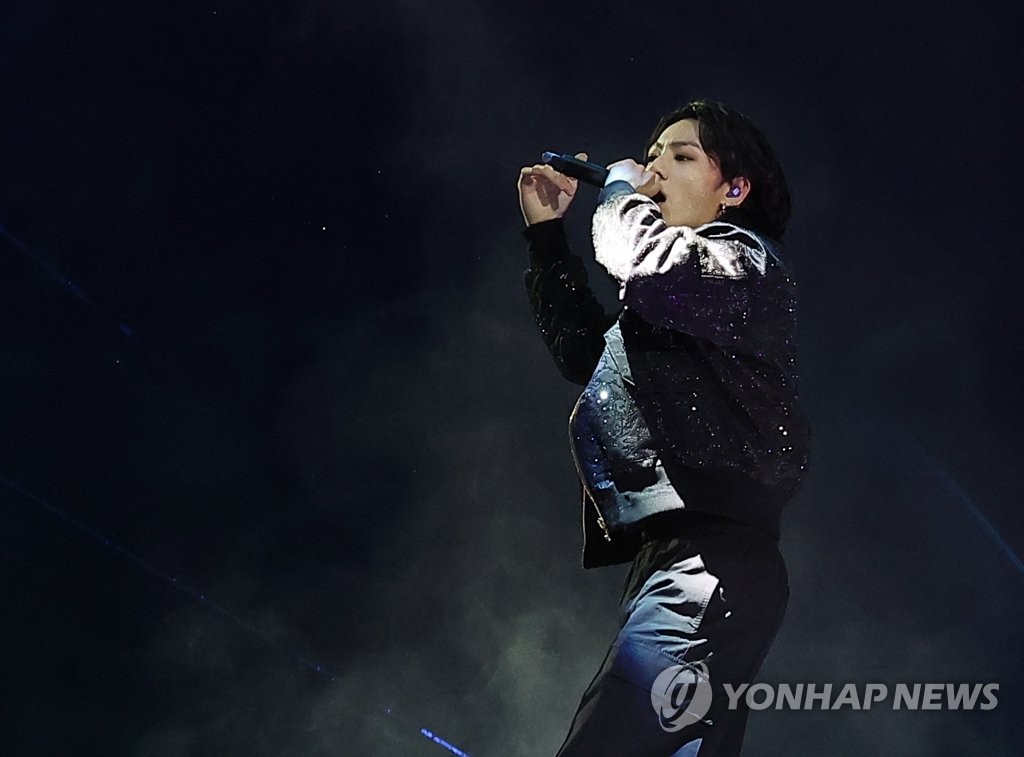 Jungkook, a member of the award-winning K-pop group, performed the song "Dreamers" with Qatari singer Fahad Al-Kubaisi at Al Bayt Stadium in Al Khor, some 50 kilometers north of Doha.

"Dreamers," produced by Grammy Award winner RedOne at Katara Studios in Doha, is the latest single off the official World Cup soundtrack and is a celebration of "those who boldly follow their goals and dare to dream," FIFA said. 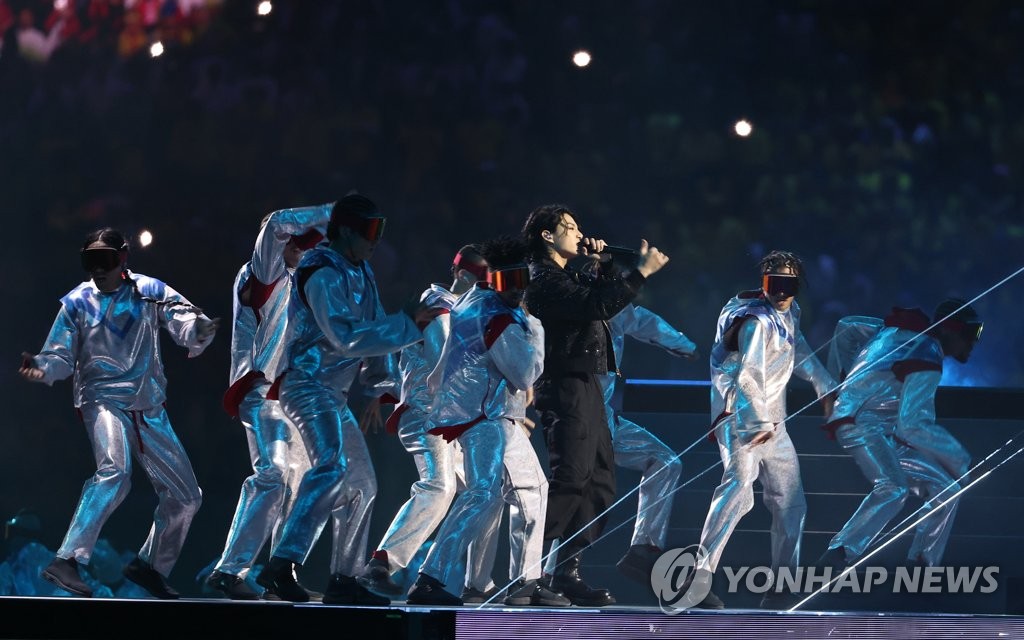 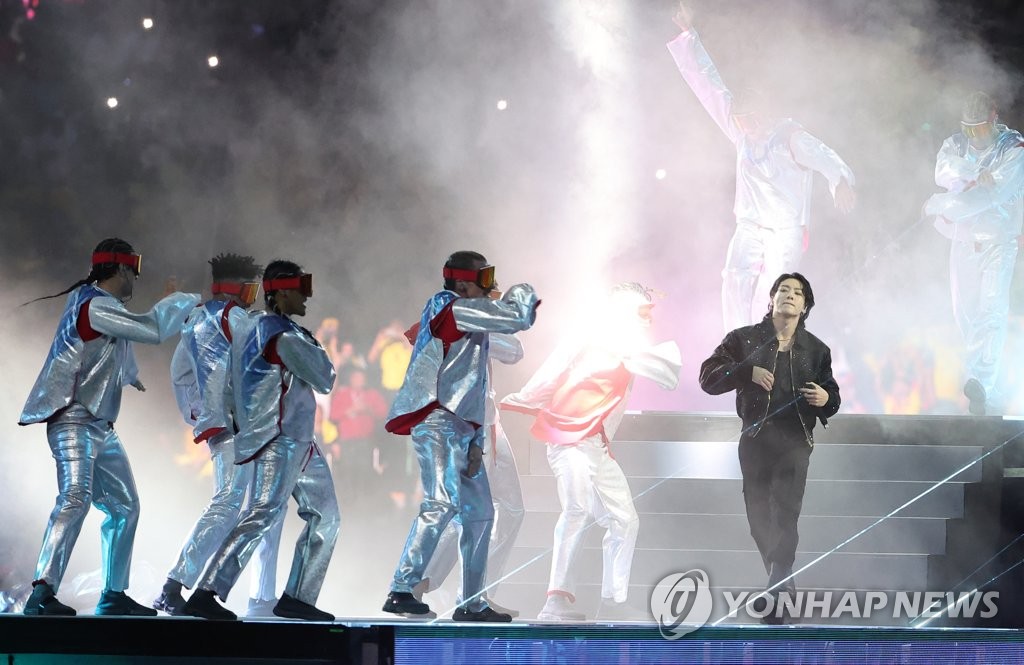 Jungkook's show set the scene for the opening match in Group A between the host country Qatar and Ecuador. 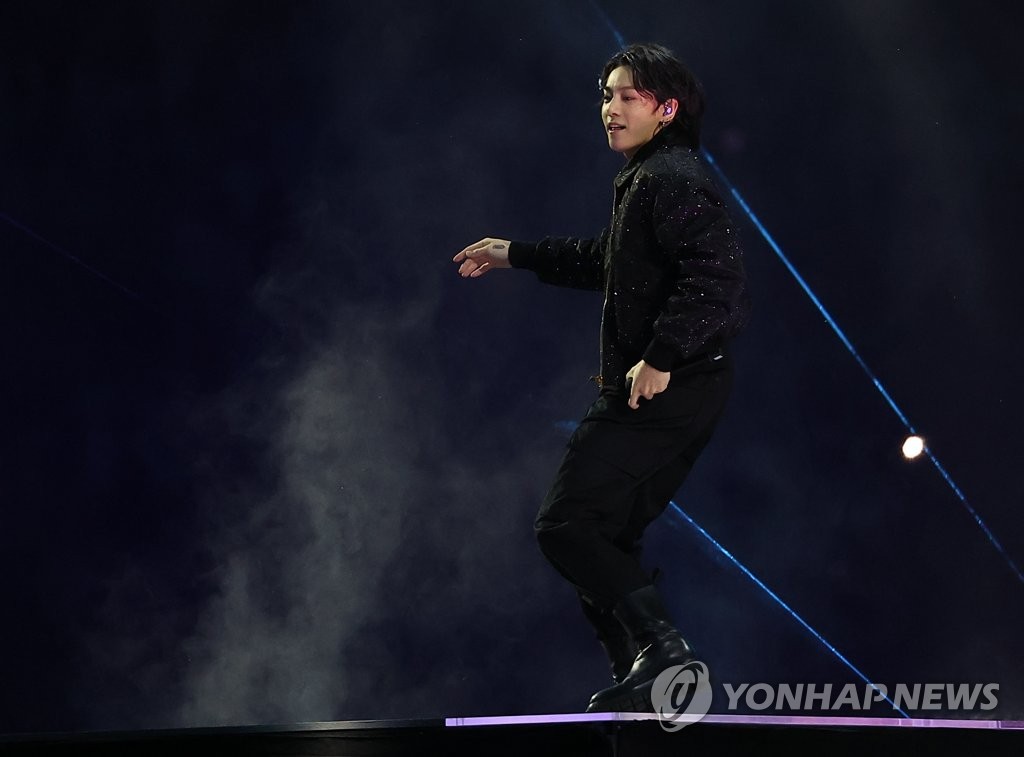 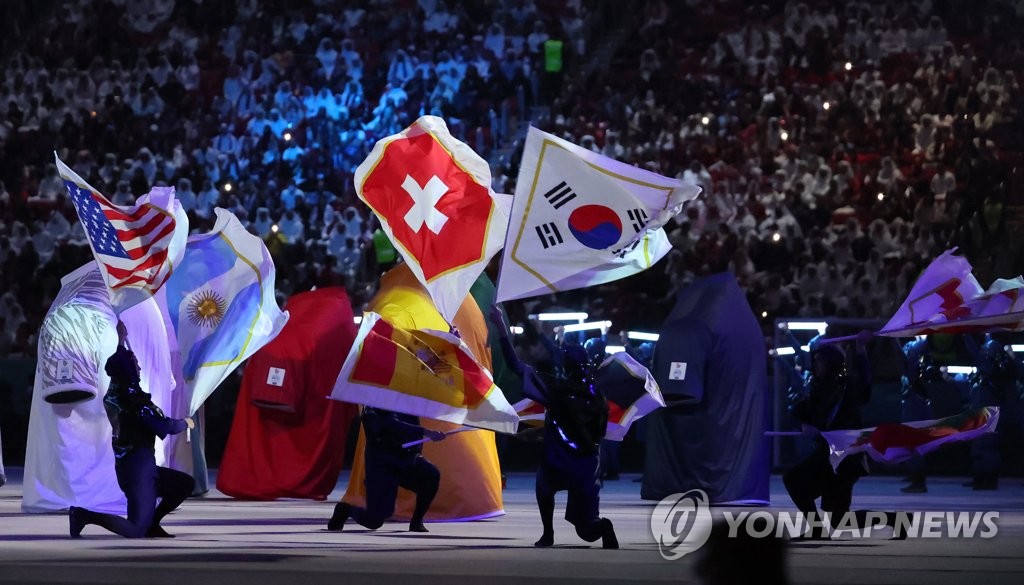