Residents' outstanding foreign currency-denominated deposits reached US$97.65 billion as of end-October, up $8.15 billion from the previous month, according to the data from the Bank of Korea (BOK).

The rise came as dollar-denominated savings that accounted for nearly 90 percent of all foreign currency deposits grew apparently as people parked more dollars amid the greenback's steep rise in value.

The dollar has rallied against major currencies, driven by the U.S. central bank's aggressive rate hikes. The won has depreciated about 11 percent against the greenback so far this year.

Dollar savings expanded $7.54 billion on-month to $84.48 billion at the end of October, the data showed.

The BOK said that dollar deposits increased mostly as businesses stuck to or expanded dollar holdings. 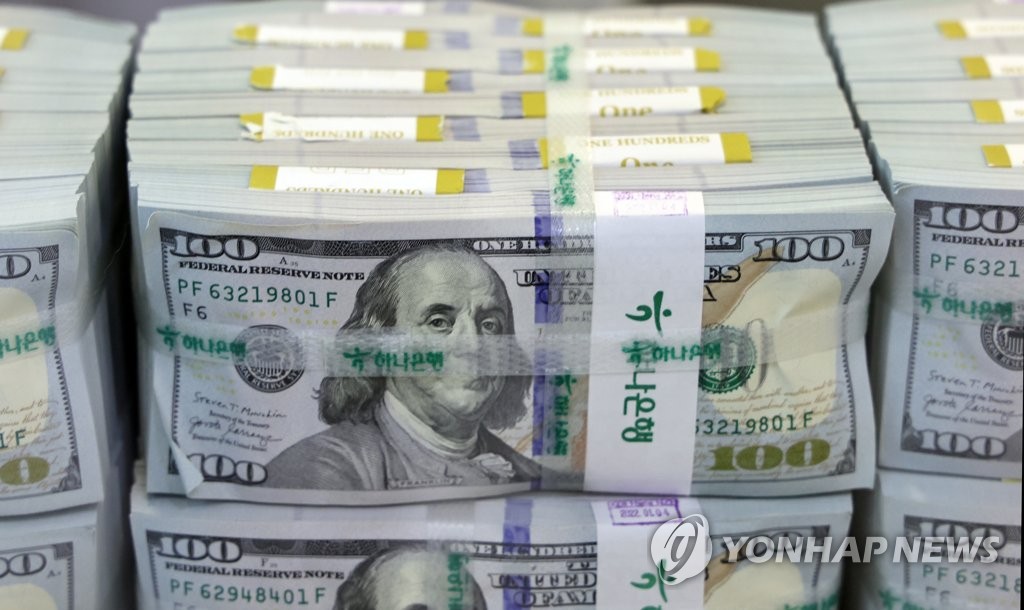 Foreign currency deposits up in Oct. on rise in dollar savings

Foreign currency deposits up in Oct. on rise in dollar savings