SEOUL, Nov. 21 (Yonhap) -- The South Korean military said Monday it does not have any information indicating that North Korea has deployed its latest Hwasong-17 intercontinental ballistic missile (ICBM) that was test-fired last week.

After the test-firing Friday, the North's official Korean Central News Agency reported on leader Kim Jong-un's mention of "ICBM units," fueling speculation over the possible deployment of the new ICBM known to put the entire U.S. mainland within range.

"We have assessed the ICBM, fired on Nov. 18, was the Hwasong-17 missile as the North has claimed, and we have no information regarding its operational deployment," Col. Kim Jun-rak, spokesperson for the Joint Chiefs of Staff, told a regular press briefing.

He added that the intelligence authorities of the South and the United States are conducting an additional analysis related to the issue. 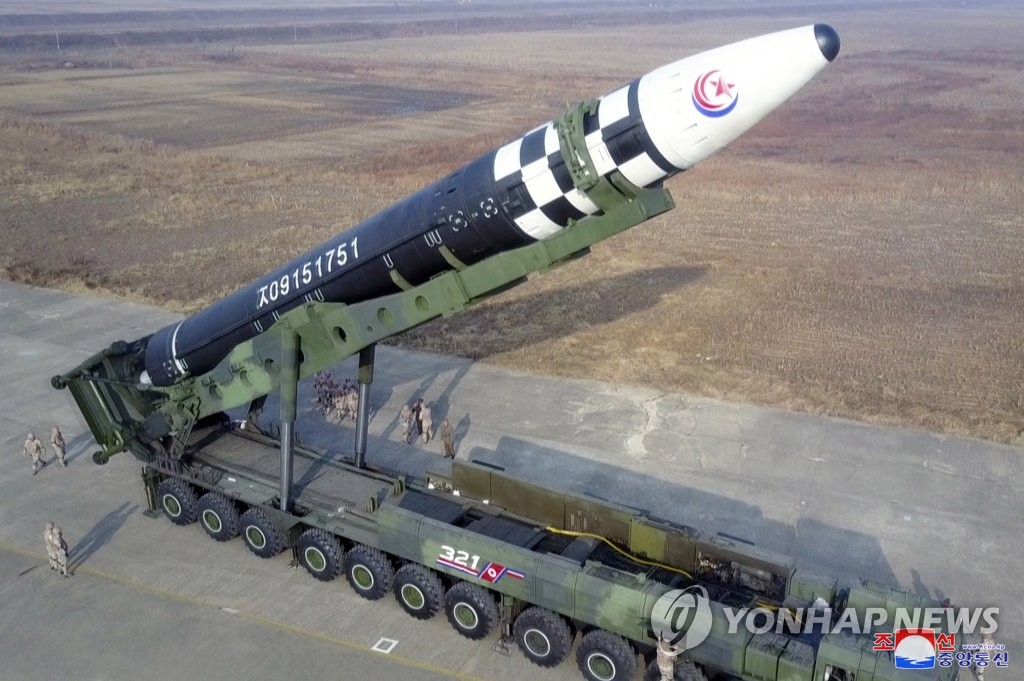