DOHA, Nov. 21 (Yonhap) -- Recovering from a facial injury that has limited him in the buildup for the FIFA World Cup, South Korean captain Son Heung-min headed the ball for the first time in training on Monday.

Son and the rest of the South Korean team returned to Al Egla Training Site in Doha on Monday, after enjoying their first day off Sunday. The Taegeuk Warriors' first match in Group H is against Uruguay at 4 p.m. Thursday at Education City Stadium in Al Rayyan, just west of Doha, or 10 p.m. the same day in South Korea. 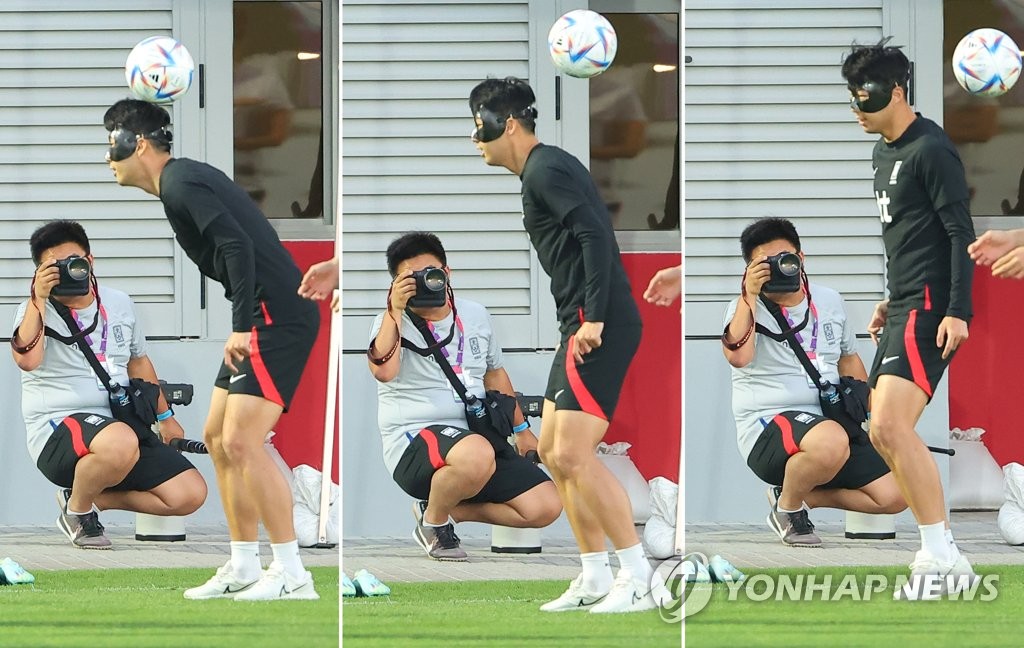 Son's status for Thursday's match and beyond has been the subject of speculation since he suffered multiple fractures around his left eye in a collision with an opposing player during a UEFA Champions League match on Nov. 1. Son underwent surgery on Nov. 4, and the first group stage match here falls 20 days after that.

And during Monday's session, Son, while wearing his now-signature black mask, used his head for the first time. At this point, South Korea, a decided underdog against Uruguay without Son, will cling to any small sign that their captain is nearing a return to full health.

During drills, Son headed a ball that floated toward the top of his head. He then asked a teammate to send a few more balls his way and attempted more headers. 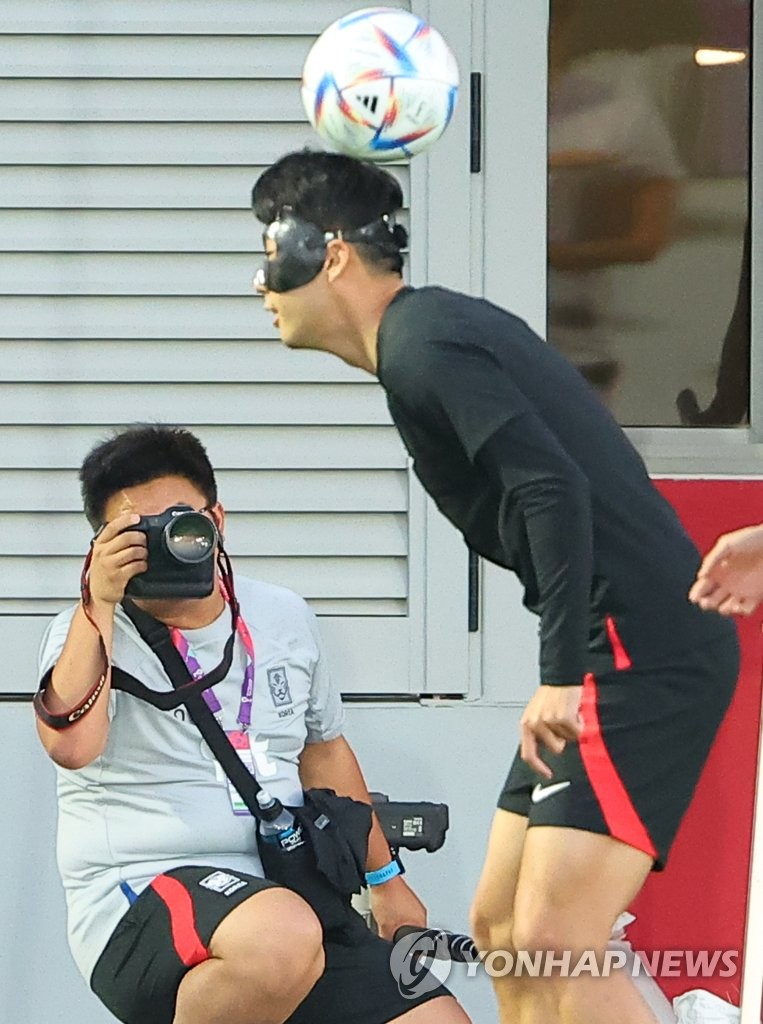 Head coach Paulo Bento quietly watched this unfold, and had a few words with his captain.

In his first and so far only media availability last Wednesday, Son said he wasn't yet ready to head the ball, and he was not sure how many matches he would be able to play in Qatar.

This is Son's third consecutive World Cup. He will try to become just the second South Korean player, after former skipper Park Ji-sung, to score in three straight World Cups. Son is now tied with Park and former forward Ahn Jung-hwan for most World Cup goals by a Korean player with three apiece. 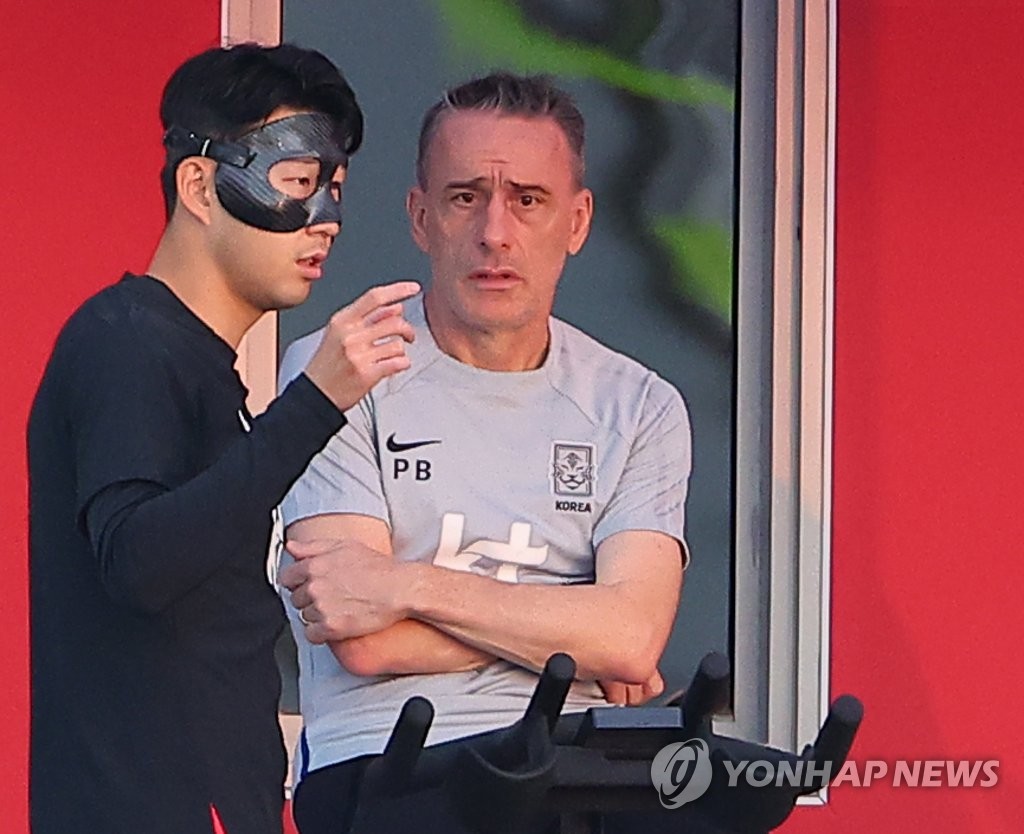