In a message posted on its Twitter account, INDOPACOM said the new U.S. Space Force Indo-Pacific Command will be launched on Tuesday. 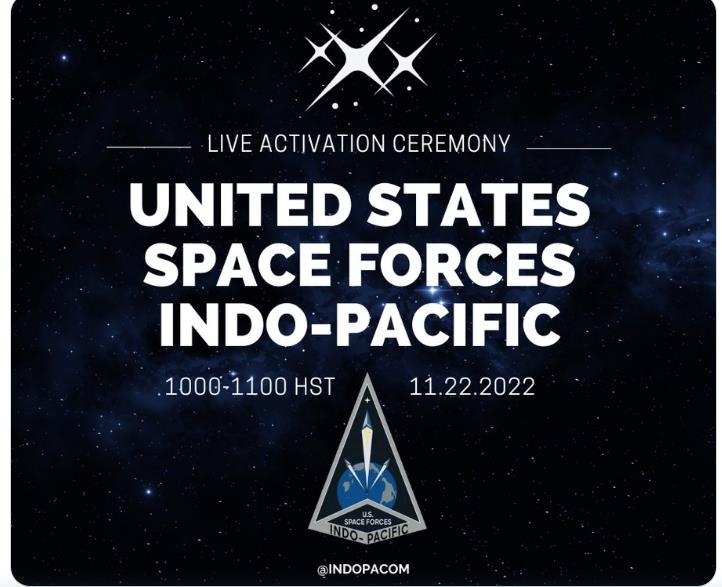 It will be the first Space Force command to be established under any combatant command such as INDOPACOM.

The Space Force was established in December 2019, with a mission to "protect the interests of the United States in space, deter aggression in, from and to space, and conduct space operations."

Threats from space include intercontinental ballistic missiles (ICBMs) and hypersonic missiles, according to those familiar with the issue.

The new Space Force Command, once established, is expected to help improve U.S. abilities to detect and intercept ballistic missiles originating from countries in the region.

Space Force Gen. Bradley Saltzman, chief of space operations, was earlier quoted as saying that the Space Force will seek to establish component commands at combatant commands where the threat to the U.S. homeland is most acute, such as INDOPACOM, U.S. European Command and U.S. Central Command.