SEOUL, Nov. 22 (Yonhap) -- South Korea's new COVID-19 cases stood at around 72,000 on Tuesday, a similar level from a week earlier, amid concerns over the spread of a new virus wave in winter.

Tuesday's count is almost identical to the 72,866 cases logged seven days ago. The daily infection numbers have stayed in the five digits since early September amid fears over a new virus wave hitting the country this winter, coupled with the spread of seasonal influenza.

Health authorities predict that the daily cases could surge to as many as 200,000 as early as December, calling on people to get booster shots, especially high-risk groups like the elderly and those with weak immune systems.

The number of critically ill patients came to 461, down four from the previous day. 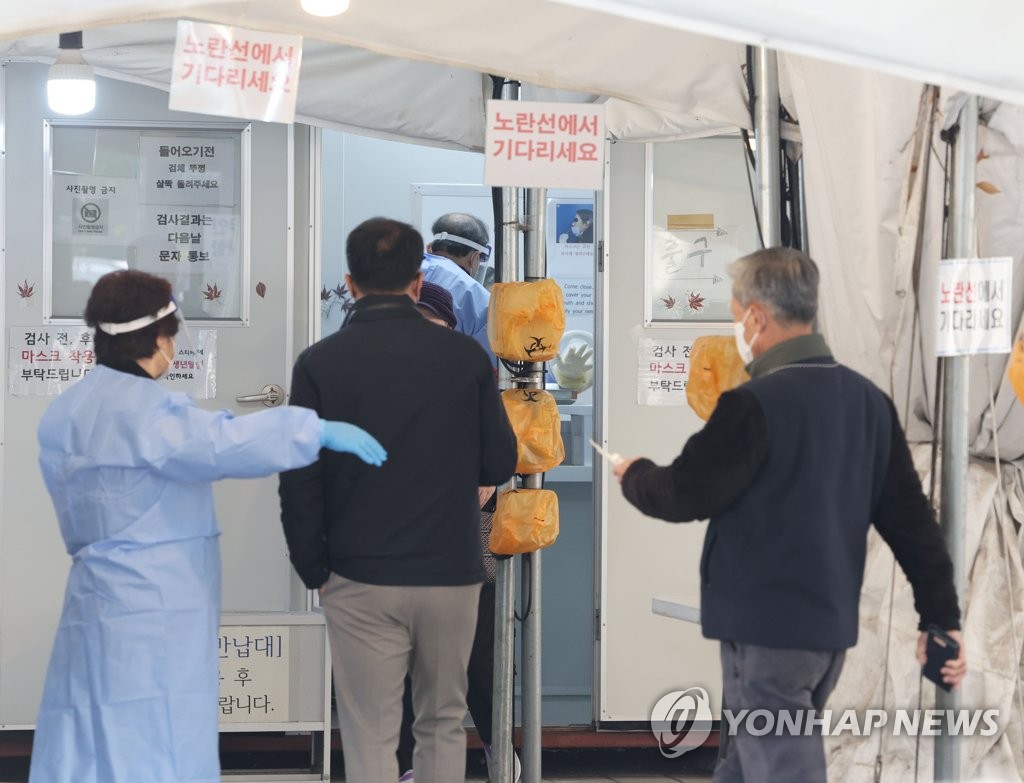