SEOUL, Nov. 22 (Yonhap) -- South Korea's Defense Minister Lee Jong-sup plans to hold bilateral talks with his counterparts from Australia, Vietnam, the Philippines, China and Cambodia this week on the sidelines of an annual regional security meeting in Cambodia, his ministry said Tuesday.

On the margins of ADMM-Plus, Lee is scheduled to hold the talks to discuss the regional security situation, including the Korean Peninsula, as well as defense cooperation, according to the ministry.

Lee will hold talks with his Cambodian counterpart on Thursday.

The annual ASEAN-led meeting, which brings together defense chiefs from 10 ASEAN countries and eight others, including the United States and Japan, is designed to promote regional peace and security through security cooperation. 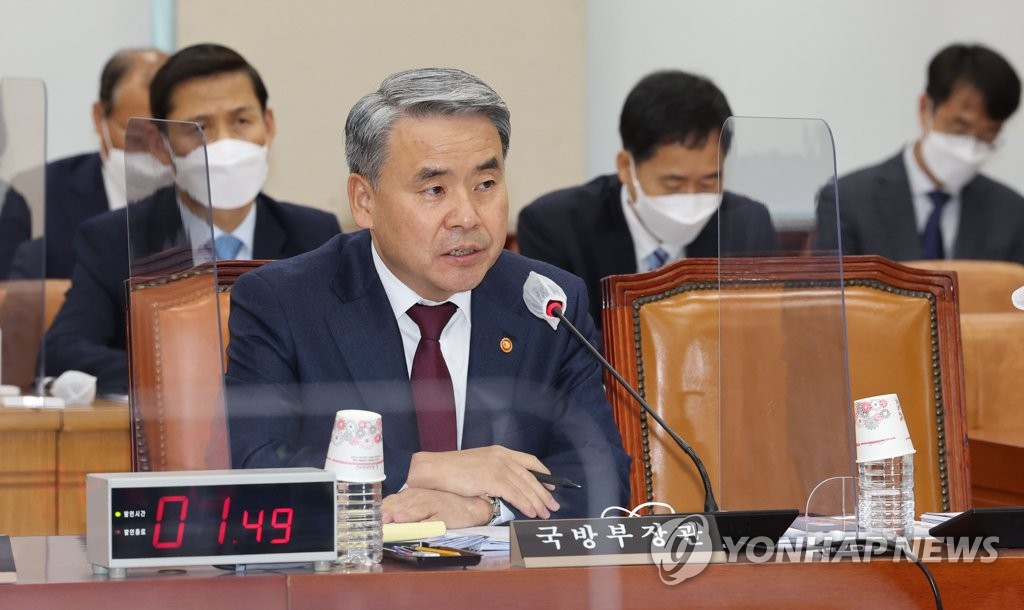