The agreement was signed by Seoul's climate ambassador, Na Kyung-won, and U.S. climate envoy John Kerry earlier this month on the sidelines of the 2022 United Nations Climate Change Conference, or COP27, held in Egypt from Nov. 6 through Friday, according to the Ministry of Oceans and Fisheries.

Seoul and Washington will launch a feasibility study this year on the creation of the Busan-Tacoma route by running zero-emission vessels in line with the global initiative to decarbonize the shipping industry by 2050, according to the ministry. 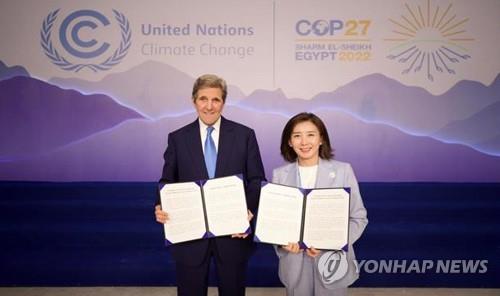