During the meeting with his Kenyan counterpart, Alfred Mutua, in Seoul, Foreign Minister Park Jin expressed hope for the expansion of two-way cooperative ties in areas related to the economy, development, nuclear energy and people-to-people exchanges, according to the ministry.

Mutua, who was visiting South Korea on the occasion of a bilateral summit scheduled Wednesday, expressed hope for Seoul's increased investment in Kenya.

He added Kenya, a non-permanent member of the U.N. Security Council, was deeply concerned about North Korea's unprecedented provocations and agreed on the need for the international community to respond in a united manner. 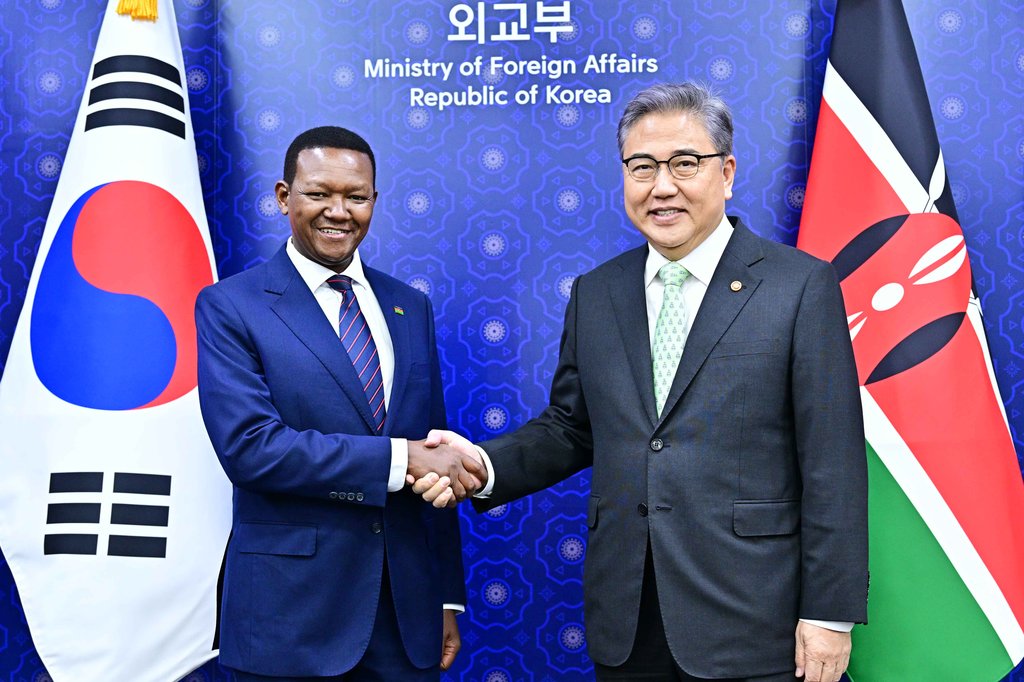