The patient is a medical worker of a hospital, where the country's third monkeypox patient was hospitalized for a test, according to the Korea Disease Control and Prevention Agency (KDCA).

The person has been on a high-risk list after being accidentally pricked by an injection needle while taking a skin lesion sample from the patient on Nov. 14.

Following the accident, the person got a vaccine shot, but tested positive on Tuesday.

The country reported its first three cases of monkeypox in June, September and earlier this month. 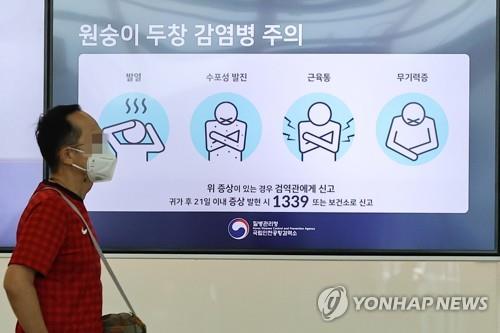