DOHA, Nov. 22 (Yonhap) -- South Korean midfielder Son Jun-ho played a supporting role in a small bit of drama that unfolded at the team's training camp Monday evening, when he tossed the ball toward his teammate and friend, Son Heung-min, for some heading drills. 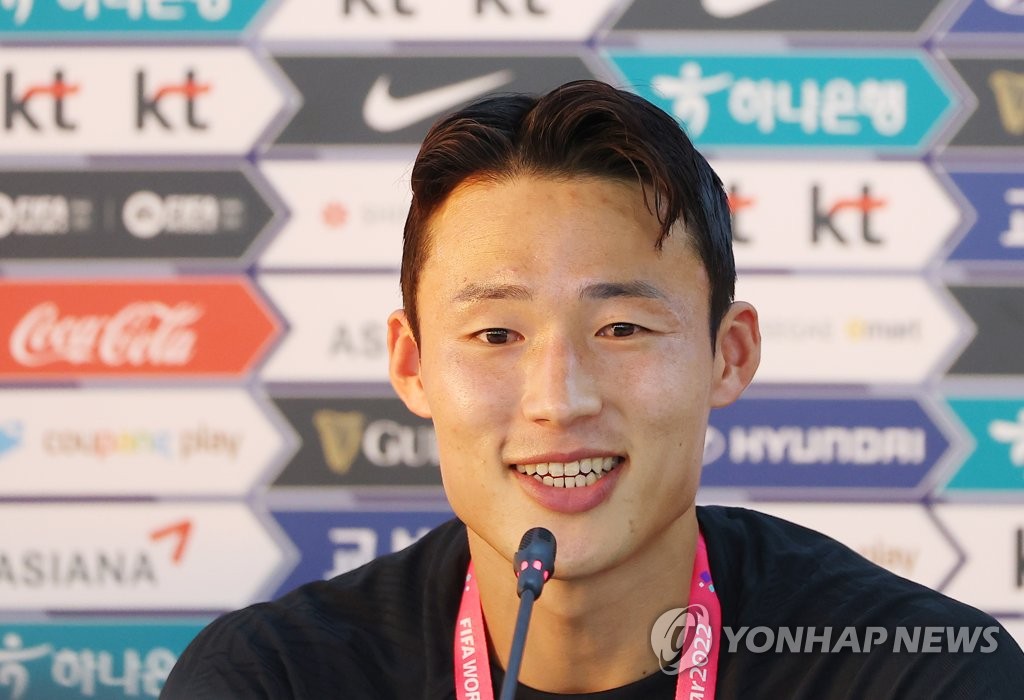 Until that moment, Son Heung-min, the national team captain, had not headed the ball since arriving in Qatar on Nov. 16 following a facial surgery. Recovering from multiple fractures around his left eye following a collision with an opposing player, Son Heung-min has been training wearing a protective mask.

And the seemingly minor exchange between the two 30-year-olds was a major bit of news for South Korean fans, who had been eagerly anticipating a healthy return of their captain.

"Heung-min said he hadn't yet headed the ball after his injury, so he asked me to toss him a few," Son Jun-ho said Tuesday before training at Al Egla Training Site in Doha. "So I did, and he did pretty well. He said he was still hurting, but I know he's such a determined guy. Once he's in the game, he's going to forget about his pain and play."

While his friend is preparing in his third World Cup, Son Jun-ho is about to make his World Cup debut. A candidate to get the start as a holding midfielder for coach Paulo Bento, Son said he was looking forward to going up against some big names in the opposing midfield corps. 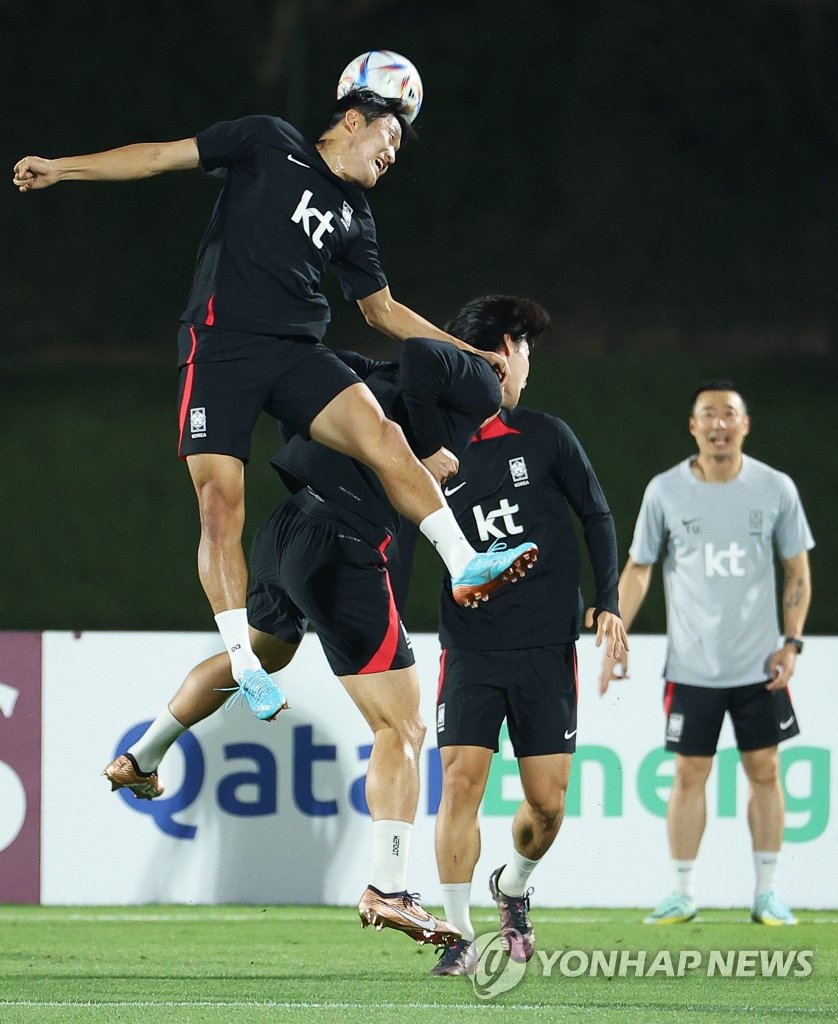 South Korea's first opponent on Thursday, Uruguay, will feature the likes of Federico Valverde of Real Madrid and Rodrigo Bentancur of Tottenham Hotspur.

"If I do get a chance to play, I'll have to make life difficult for those players, and make sure they don't have anything come easy for them," Son said. "I'll have to put pressure on them and not give them time and space to make the next play." 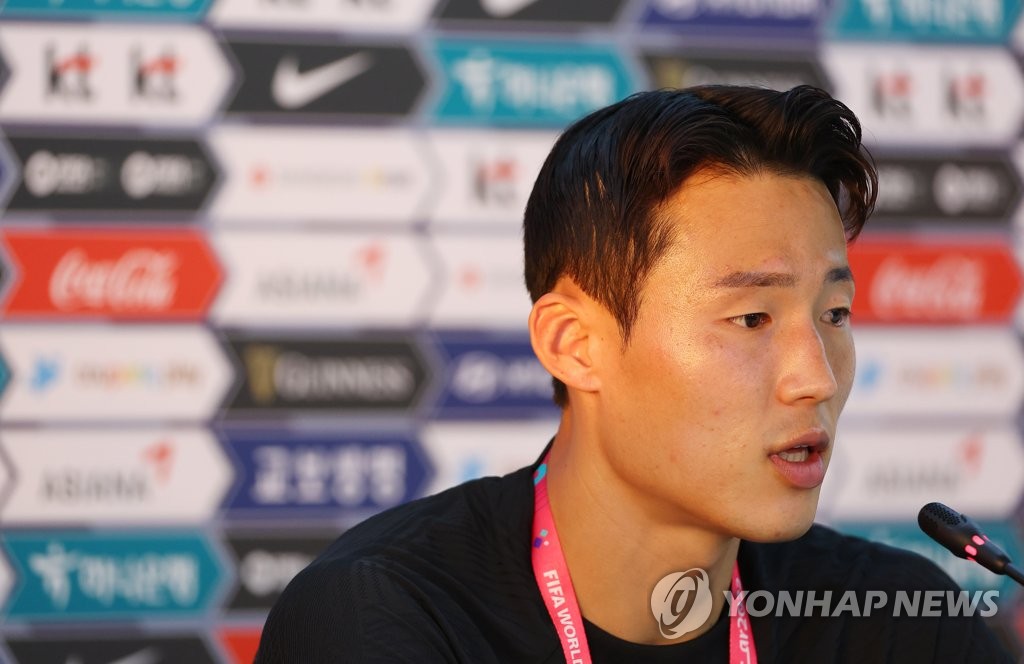