The event took place at the Daejeon National Cemetery in Daejeon, 164 kilometers south of Seoul, with the attendance of some 200 people, including the families of the deceased soldiers -- Staff Sgt. Seo Jeong-u and Lance Corporal Mun Gwang-uk.

The artillery attack on Yeonpyeong Island occurred on Nov. 23, 2010, killing the two soldiers and two civilians.

In a statement read out by a senior defense ministry official, Defense Minister Lee Jong-sup called on troops to inherit the fighting spirit of the two soldiers and maintain a firm readiness posture capable of fighting and winning "anytime."

"Should North Korea undertake a direct provocation, (we) will make an immediate, stern response in light of our right to self-defense," Lee said in the statement.

"We will become a loyal Marine Corps that achieves a victory anytime, anywhere under any circumstances," he said.

The Marines Corps has set the five-day period through Friday as a commemorative period in honor of the fallen soldiers. 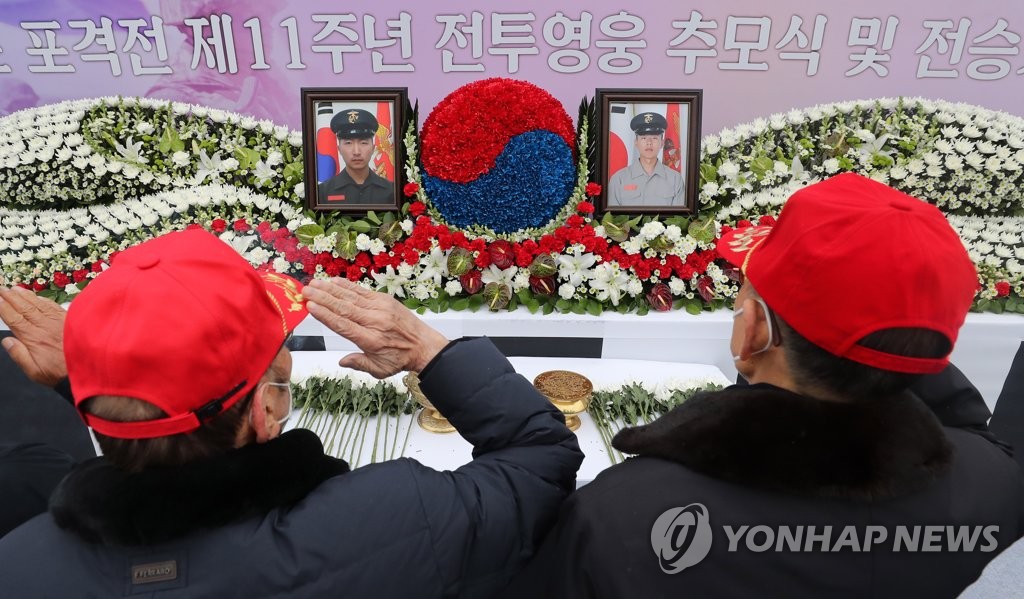