Yoon made the request after Musk explained Tesla's plans to build a gigafactory in Asia to produce finished EVs, and the CEO responded positively, the office said in a press release.

Musk also said Tesla is a large buyer of excellent South Korean-made parts for its autonomous driving and artificial intelligence products and expressed a commitment to investing in South Korea's EV charging infrastructure, according to the office.

He further estimated that the total value of parts purchases from South Korean businesses will exceed US$10 billion next year, it said.

Yoon praised Musk for his successes in the EV and space industries, saying South Korea is working to develop its space industry from all sides. He mentioned the successful launch of the homegrown space rocket Nuri in June and called for cooperation between Musk's SpaceX and South Korean space firms.

"President Yoon said that if there are unreasonable regulations hindering global high-tech innovation firms' investment in South Korea, he will reform them to be in line with global standards," his office said.

The virtual meeting came after Musk canceled his trip to Bali, Indonesia, earlier this month, where the two had been scheduled to meet in person, it said. 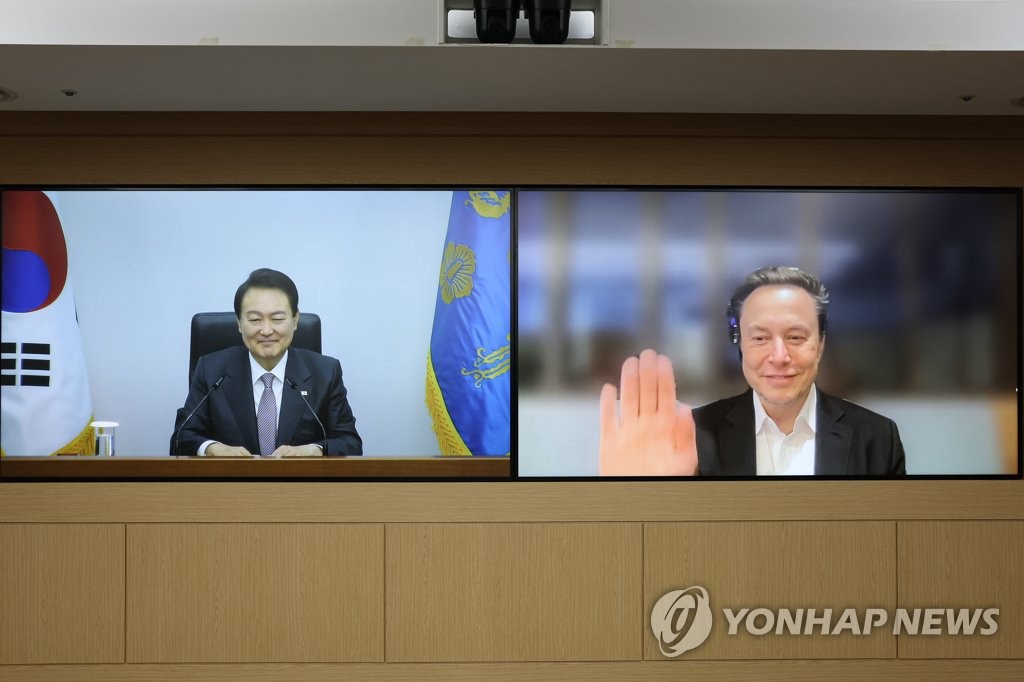