SEOUL, Nov. 23 (Yonhap) -- Rival political parties agreed Wednesday to conduct a parliamentary investigation into the Itaewon crowd crush, after the ruling People Power Party withdrew an earlier objection and decided to participate in the probe on the condition that the National Assembly passes the national budget first.

The floor leaders of the PPP and the main opposition Democratic Party (DP) announced the agreement to kick off a 45-day investigation Thursday and conduct hearings and other investigative activities after the Assembly passes the national budget for next year.

The deal came after the PPP decided in a general meeting of party lawmakers earlier in the day to take part in the probe if the Assembly deals first with the budget in a reversal of a previous position that it would agree to a parliamentary investigation only if the ongoing police investigation falls short.

The DP has pushed for an immediate investigation.

Earlier this month, the DP and two minor opposition parties -- the Justice Party and the Basic Income Party -- submitted a joint request to kick off a 60-day probe and threatened to conduct an investigation on its own if the ruling party did not take part.

Under Wednesday's agreement, an 18-member special parliamentary committee, headed by four-term DP Rep. Woo Sang-ho, will be formed to oversee the investigation into the tragedy that killed at least 158 Halloween partygoers in a crowd surge in Seoul's Itaewon district on the night of Oct. 29.

Government agencies subject to the investigation include the state affairs monitoring team of the presidential office, the national crisis management center, the prime minister's office, the interior and health ministries as well as the Supreme Prosecutors Office, the police and the fire agency. Seoul city government and Yongsan Ward Office will also face investigation.

The investigation can be extended upon agreement. 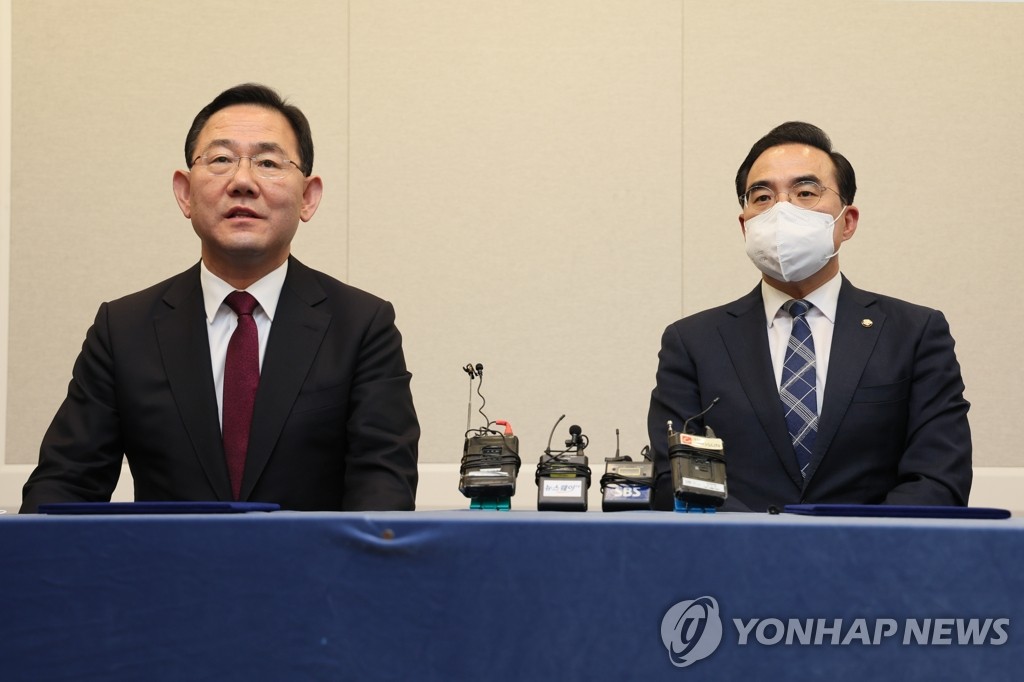