SEOUL, Nov. 23 (Yonhap) -- President Yoon Suk-yeol said Wednesday the government must use diplomacy and other means to help increase exports and pave the way for businesses' expansion overseas.

Yoon made the remark while presiding over the inaugural export strategy meeting with government officials and chiefs of businesses, industry associations and public institutions.

"In order to increase exports, we cannot tell private enterprises to do it on their own," he said during the meeting at the Korea Trade-Investment Promotion Agency (KOTRA) headquarters. "For this, we need the government's enthusiastic and preemptive assistance."

South Korea has long been an export-driven economy, he said, with nearly all of its industries tied to exports either directly or indirectly. 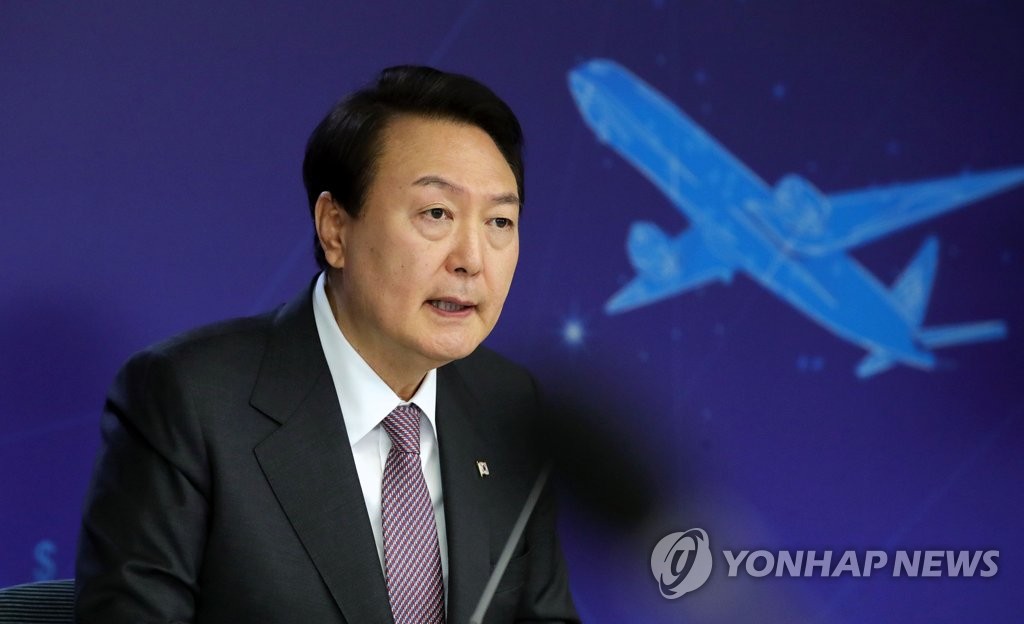 Whereas in the past, the country's main exports were labor intensive, now the country must push for exports in high-tech industries, he added.

"What made the South Korean economy of today was ultimately exports. Moreover, at a time when we face a global complex crisis situation, we must beat the crisis head on by increasing exports," he said, adding he will personally preside over future export strategy meetings, and look into each strategy and problem related to exports.

Yoon recalled his recent meetings with foreign leaders, including those from the Association of Southeast Asian Nations (ASEAN) and Saudi Arabia, saying South Korea has received many requests to work together in the nuclear energy, defense, semiconductor and other sectors.

"Our growth policy may be centered on the private sector and the market, but if our partner country is a government that has total control over its social resources, draws up a growth strategy and directly distributes resources, our businesses cannot enter such countries unless we negotiate and coordinate with the partner government," he said.

Even if the partner nation is market-driven, he said, it could still have a unique regulatory environment that calls for the government to step in and open the way for businesses to sell their goods in those markets. 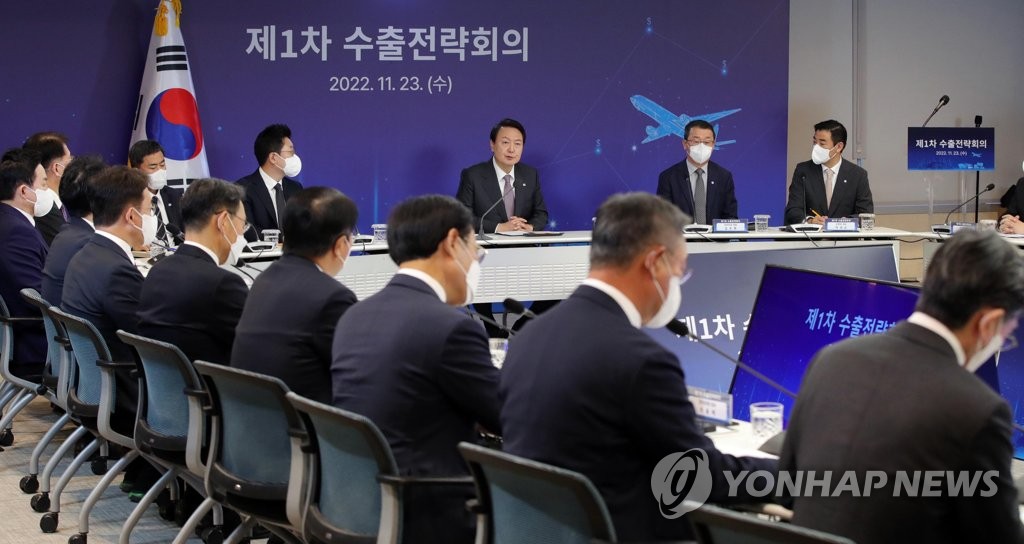