The country has confirmed a total of 19 bird flu cases at farms across the country so far this year, most of which have occurred since mid-October, more than the eight cases reported during the same period of last year.

To stem the spread of the disease, the government decided to run a special quarantine period from Wednesday through Dec. 23, which calls for disinfection work at all farms and related facilities twice a day.

The government will dispatch a special team to regions that are deemed to be particularly vulnerable to the disease to have them check the implementation of quarantine rules.

It also plans to mobilize some 955 fumigation trucks and other vehicles to disinfect roads and facilities near habitats for migratory birds to erase sources of the disease.

"This year, we see higher risks of the AI outbreak across the country. We take the current situation seriously, and will step up our responses," a ministry official said. 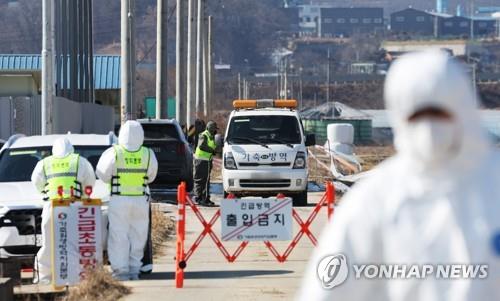