Oh was accused of having several civic groups declare support for him during the main opposition Democratic Party's primary to pick candidates for the June 1 elections, in collaboration with two of his election aides.

He also faces suspicions that he arranged a meeting with 11 companies to promote his election pledges in illegal pre-electioneering staged before the official 13-day campaigning period for the regional elections began.

The governor also allegedly had the head of a nonprofit organization pay for the 5.5 million won (US$4,074) spent to host the pre-election meeting. 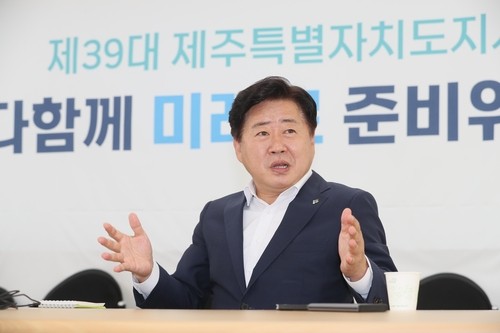