Speaking at a reception for the Kenyan leader and African ambassadors to Seoul, he voiced hope that South Korea will become a "true partner" in Africa's growth.

"Africa only accounts for 1.3 percent of South Korea's trade. We will promote a free trade agreement to expand the trade bases for mutual benefits and help Korean companies to invest and advance into the market," Yoon said in the welcoming speech. 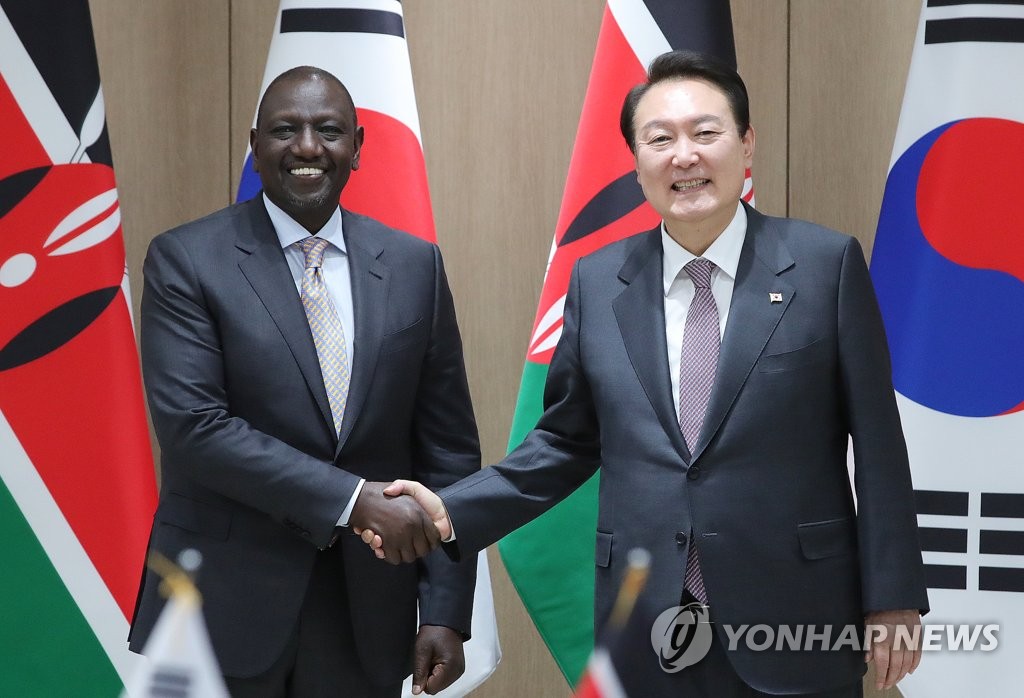 Yoon described Africa "a land of new opportunities," with which the cooperation is "very important" for South Korea in realizing its vision as a "global pivotal state."

"I will make sincere efforts to help the African continent prosper and develop during my term," he said.

As part of efforts to accelerate the FTA push, Yoon said South Korea will invite the leaders of African nations for a special summit in Korea in 2024.

The existing ministerial-level South Korea-Africa forum will be elevated to a heads-of-state level, he added.

Ruto, in turn, expressed appreciation for South Korea's commitment to the FTA, saying Korea will be able to enjoy more benefits by strengthening trade and investment with Africa.

The ambassadors and ambassador-designates of 31 African nations also attended the reception.

During the summit with Ruto earlier, Yoon expressed hope for greater bilateral cooperation between the two countries, calling the East African nation Korea's "key partner" in the region.

Ruto, who took office in September, was on a three-day visit this week at Yoon's invitation. He is the first Kenyan president to visit Seoul in 32 years. 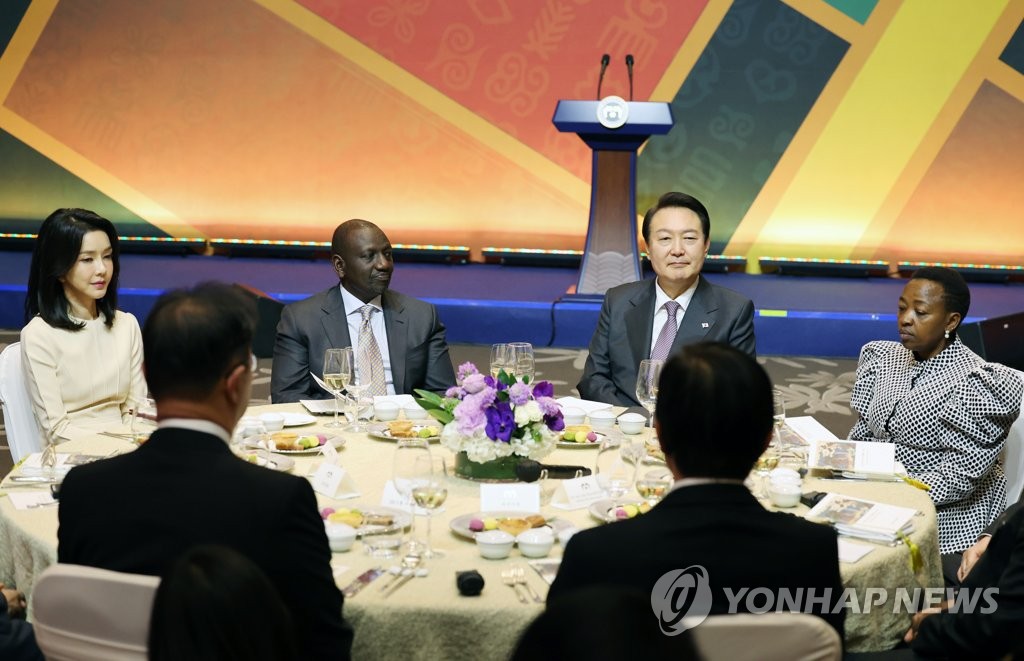 During the talks at the Yongsan presidential compound, Yoon stressed that Kenya is the "gateway and logistics hub" for entry into East Africa and a major partner country where South Korean companies have a heavy presence.

"Kenya is a traditional ally that has maintained long friendly relations with our country under the banner of free democracy since the establishment of our diplomatic relations in 1964," Yoon said at the start of the summit.

"I hope that today's summit will serve as the occasion for a further strengthening of the bilateral exchanges and cooperation. I hope there will be in-depth discussions in every area of cooperation," Yoon said.

Ruto responded that the two countries have "maintained historic ties based on common values and principles, including multilateralism."

"We do not take for granted the true friendship and brotherhood shown by the South Korean side," Ruto said through an interpreter.

First Lady Kim Keon-hee had a separate meeting with Kenya's first lady Rachel Ruto, and exchanged opinions on a range of issues of common interest, such as stopping animal cruelty and climate change, according to Yoon's office.