SEOUL, Nov. 24 (Yonhap) -- Police brought in a former high-ranking intelligence officer for questioning on Thursday as part of their widening investigation into the bungled response to the crowd crush in Seoul's Itaewon neighborhood.

He is the highest ranking police officer among a total of 17 police officers and government officials booked for the police investigation into the deaths of 158 people, mostly those in their 20s, on Oct. 29.

Park is under suspicion of ordering the deletion of an internal intelligence report giving prior warnings of a possible safety accident during the Halloween period in a suspected attempt to cover up inaction. 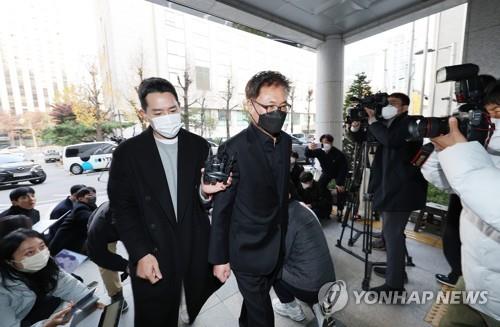 Lee was at the crush site along with Choi Seong-beom, chief of the station, who also has been booked on charges of professional negligence. Choi is accused of inaction in the face of police requests for a joint response on the night of the accident, officers said.

Lee, who is also temporarily suspended from his post, has been booked on charges of professional negligence and manslaughter by negligence resulting in the deaths.

Song Byung-joo, a former emergency monitoring officer at Yongsan Police Station, was also brought in for questioning for the second day in a row on whether he had promptly reported the situation to Lee.

Lee earlier testified during a parliamentary audit that he learned of the accident at around 11 p.m., around 45 minutes after the incident first erupted, claiming the emergency hotline chief had earlier reported to him that nothing unusual was going on. 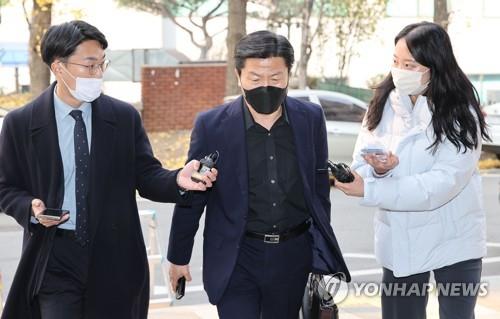