Han made the remarks as members of the Cargo Truckers Solidarity, under the wing of the Korean Confederation of Trade Unions, went ahead with the strike earlier in the day, demanding the government extend a freight rate system guaranteeing basic wages for truckers amid soaring fuel prices.

Han urged the truckers' union to "make a decision from a broad point of view in consideration of severe economic conditions."

Earlier this week, the government and the ruling party agreed to extend the freight rate system for three years.

Han also called for the National Assembly to swiftly review a bill to extend the system.

Han renewed a pledge that the government will sternly respond to any illegal activities by the truckers' union.

"We reiterate that we will take stern measures in accordance with laws and principles for acts that interfere with logistics," Han said. 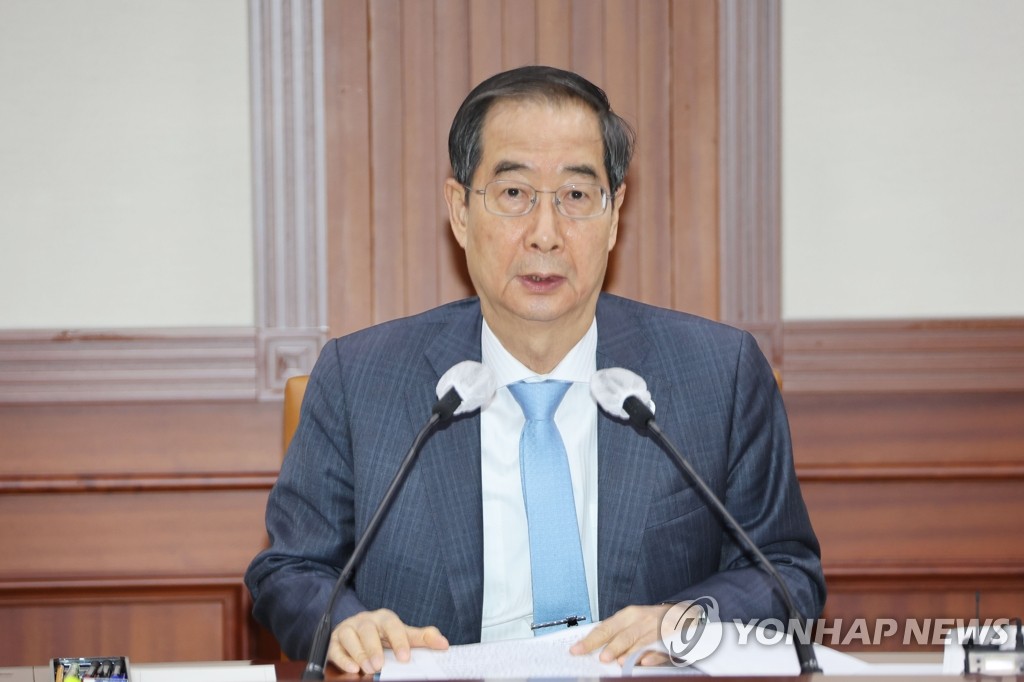 PM calls for unionized truckers to return to work

PM calls for unionized truckers to return to work