SEOUL, Nov. 24 (Yonhap) -- Prosecutors on Thursday brought in former National Security Adviser Suh Hoon for questioning as part of an investigation connected to the 2020 death of a fisheries official at the hands of North Korea.

Suh was accused of involvement in the then Moon Jae-in government's ungrounded conclusion that the fisheries official was killed while attempting to defect to the North.

He was also suspected of ordering key security officials to delete internal intelligence reports running counter to the conclusion.

Prosecutors suspect the then heads of the defense ministry and the state spy agency ordered the deletion of such reports inside their organizations at the instruction of Suh's office.

The 47-year-old fisheries official was fatally shot by the North's coast guard near the Yellow Sea border between the two Koreas, a day after going missing while on duty on board a fishery inspection vessel.

Former President Moon's government at that time concluded the official was shot and killed while trying to defect to the North. But the Coast Guard and the military reversed the conclusion in June, saying there was no evidence to suggest such motives.

The focus of the Thursday questioning is on what grounds Suh concluded that the fisheries official was trying to defect to the North and on whether there was any instruction from a higher level when reaching the conclusion.

In a press conference a month earlier, Suh and other high-level security officials under the Moon administration refuted the suspicions involving the fisheries official's case, denouncing them as "groundless" and retaliatory."

Prosecutors are also expected to summon Park Jie-won, who served as National Intelligence Service director at the time of the official's death, for questioning in the near future before making a decision on whether to request arrest warrants for both. 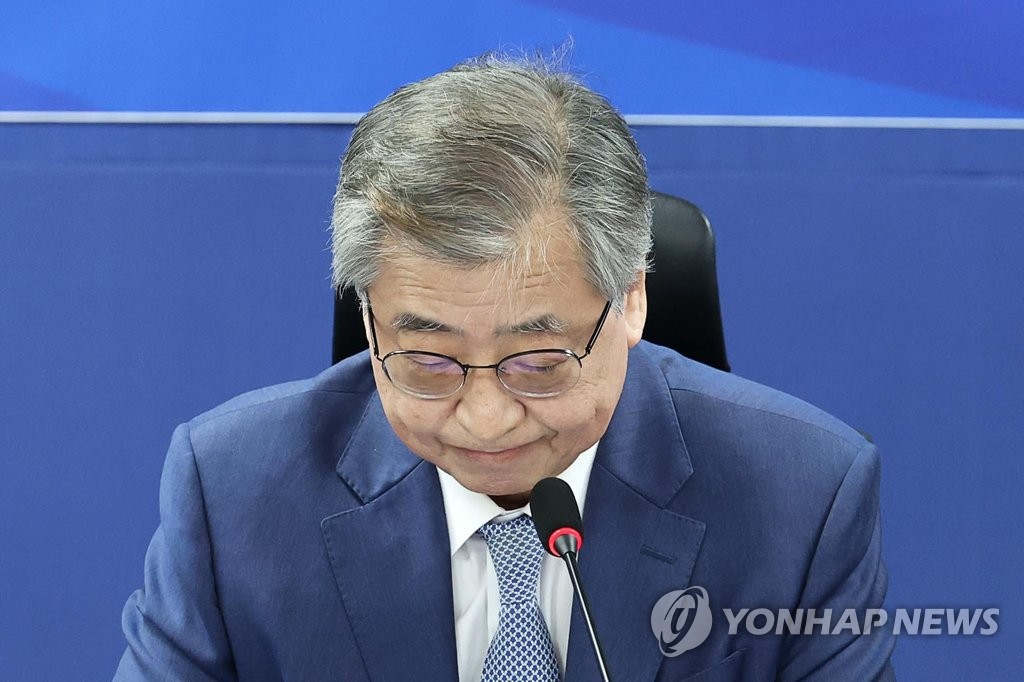