SEOUL, Nov. 24 (Yonhap) -- When Joung Ji-won, the founder and CEO of Algocare Lab, decided to apply for a venture incubator program of Samsung Electronics Co. last year, her startup was in its third year of operation and already recognized for its innovative ideas for personalized nutrition management.

Still, she found it challenging to run and grow her startup in a country where big conglomerates continue to dominate the economy and are often seen squashing or acquiring nascent, small players.

"The most difficult thing was to hire talented people," Joung told Yonhap News Agency during a press event of Samsung's Creative Lab (C-Lab) Outside on Tuesday, a startup acceleration program to help encourage competent, prospective entrepreneurs outside the tech giant.

"Since joining the (Samsung) program, it became much easier to recruit good talent," she said, adding, "New hires said their parents are proud of them." 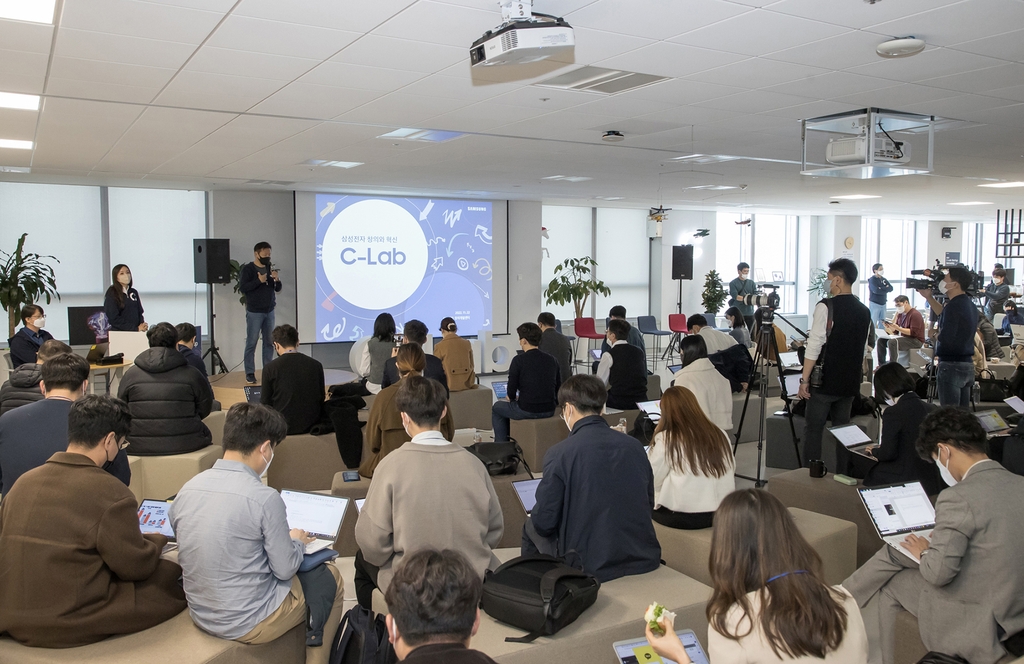 Encouraged by positive responses, the tech giant, in 2018, began C-Lab Outside to nurture external, innovative tech companies younger than five years old by providing them with financial assistance of up to 100 million won (US$73,700), office space, mentoring and business consultation and cooperation.

"The purpose of C-Lab Outside is not about making financial gains, but quickly discovering promising young innovators and help them firmly take root and grow into a big tree," Hahn In-kuk, head of Creativity & Innovation Center at Samsung Electronics, said during the event.

Hahn said Samsung is planning to "scale up" the program starting next year, where it will continuously check up on the growth of the program's former participants, even after the one-year program ends, and make an investment, if necessary. 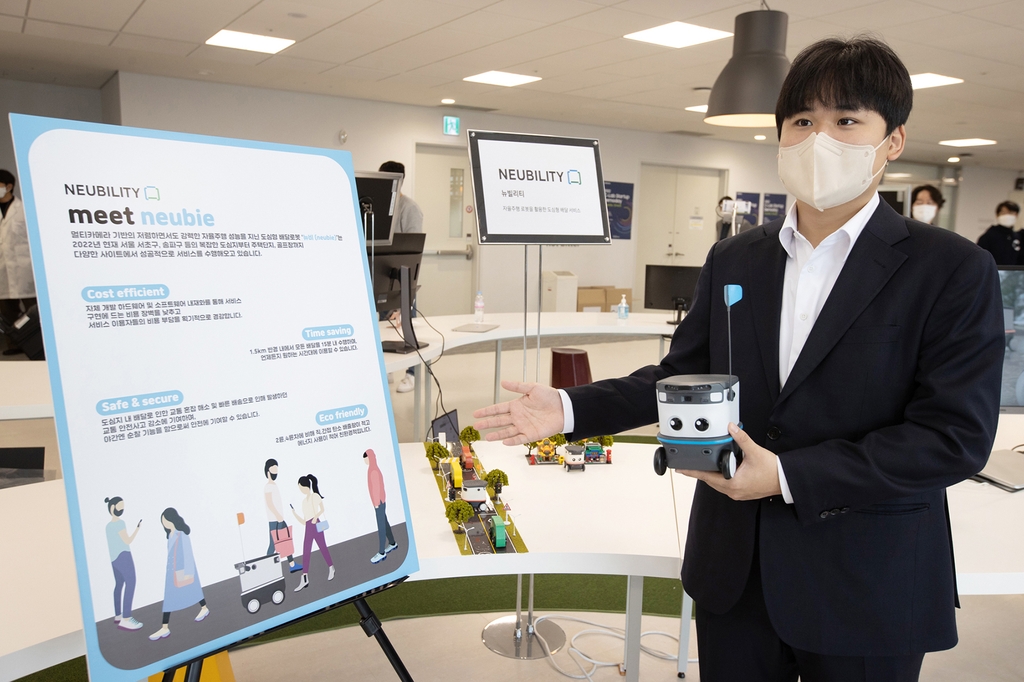 "There are many critical moments when a strategic decision needs be made timely, and it was a huge relief that I could get help and mentoring services from Samsung," said Lee, a graduate of mechanical engineering at Yonsei University.

He said his nascent venture was neither well-organized nor had necessary manpower before participating in the program.

"We hadn't even had a chief financial officer up until we had about 30-40 employees," he said.

"Since joining the program, we've been able to get professional accounting advice, which I think is more important than the one-off financial assistance."

Neubility, founded in November 2017, successfully secured an investment total of 23 billion won this year, with the help of Samsung. The company now employs 75 people.

A pioneer in developing self-driving delivery robots in South Korea, the company has teamed up with Samsung Welstory, a Samsung catering subsidiary, to launch food delivery by robotic couriers in golf clubs.

Already 54 such autonomous robots, called "Neubie," which are equipped with a camera system that enables them to perceive their environment and detect obstacles, are in service around the country. The startup is set to sign a deal to launch an additional 100 robots at golf courses, according to Lee.

"I had participated in many other incubator and accelerating programs over the past years, but Samsung offers truly an outstanding program," Lee said, citing the group's vast business network that a small startup like Neubility couldn't have otherwise tapped into. 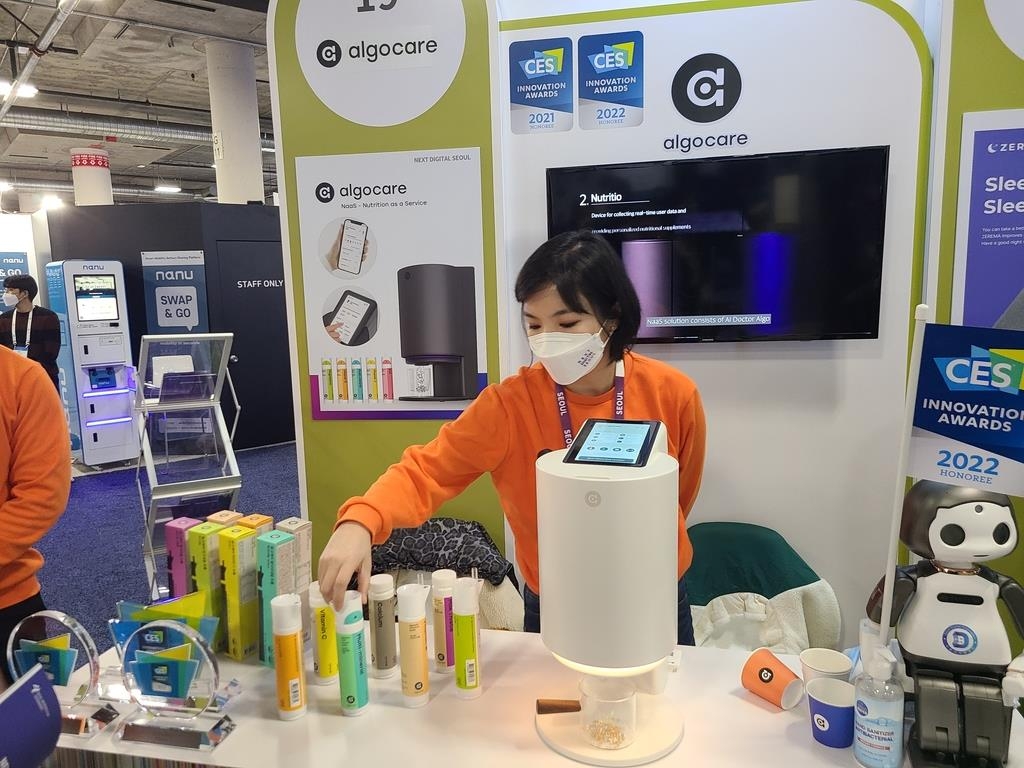 Samsung said it has helped nurture a total of 426 startups -- 182 in-house firms and 244 outside ones -- through its C-Lab program since 2018, and the 244 outside startups have secured an accumulative investment of 430 billion won from various institutional investors.

The tech giant also brings some of the participants of the C-Lab program to the CES tech trade show in Las Vegas every year to showcase their innovative technology and products, and help them have a chance to pitch their ideas to global consumers and investors.

"I was honestly at a loss at early stages of the business. I didn't know how to make money or how to make people use our technology," said Sim Gyu-hyeon, CEO of Letsur, which provides automated solutions to develop and manage artificial intelligence services.

Sim and four others started the company in August last year while studying at an AI lab at Korea Advanced Institute of Science and Technology.

"Samsung gave us practical, detailed advice on what we need to do to make a successful company and to achieve our goals," he said.