The government vowed to take a zero-tolerance stance against the strike, warning of stronger action than the last time.

The latest walkout came about five months after the truckers staged an eight-day strike in June, which resulted in massive delays of cargo shipments, and other logistics and supply disruptions across the country.

More than 22,000 of 25,000 members of the Cargo Truckers Solidarity Union, under the wing of the Korean Confederation of Trade Unions, walked off the job and joined the strike.

The organizers said they will start off by blocking the entries to major logistics hubs in the Seoul metropolitan area and other key regions, including Busan in the southeast and Gwangyang in the southwest.

Land Minister Won Hee-ryong said the ministry will seek to issue an executive order to stop the strike as early as next week if the truckers do not return to work, insisting the government cannot accept the truckers' demand.

A trucker who does not comply with the executive order can face imprisonment of up to three years or a 30 million-won (US$22,500) in fine.

The strike came despite the agreement between the government and the ruling party to extend the freight rate system for three years. Truckers demand it be permanent and applied to truckers in other industries, including steel, auto and grain, from containers and cement.

The strike is set to cause major supply disruptions in the auto, steel and refinery industries, forcing manufacturers to cut the daily output.

Transport disruptions had already begun in a major industrial complex in Pohang, about 370 kilometers southeast of Seoul, where incoming and outgoing shipments were being delayed, including Hyundai Steel's 8,000-ton shipment of supply. 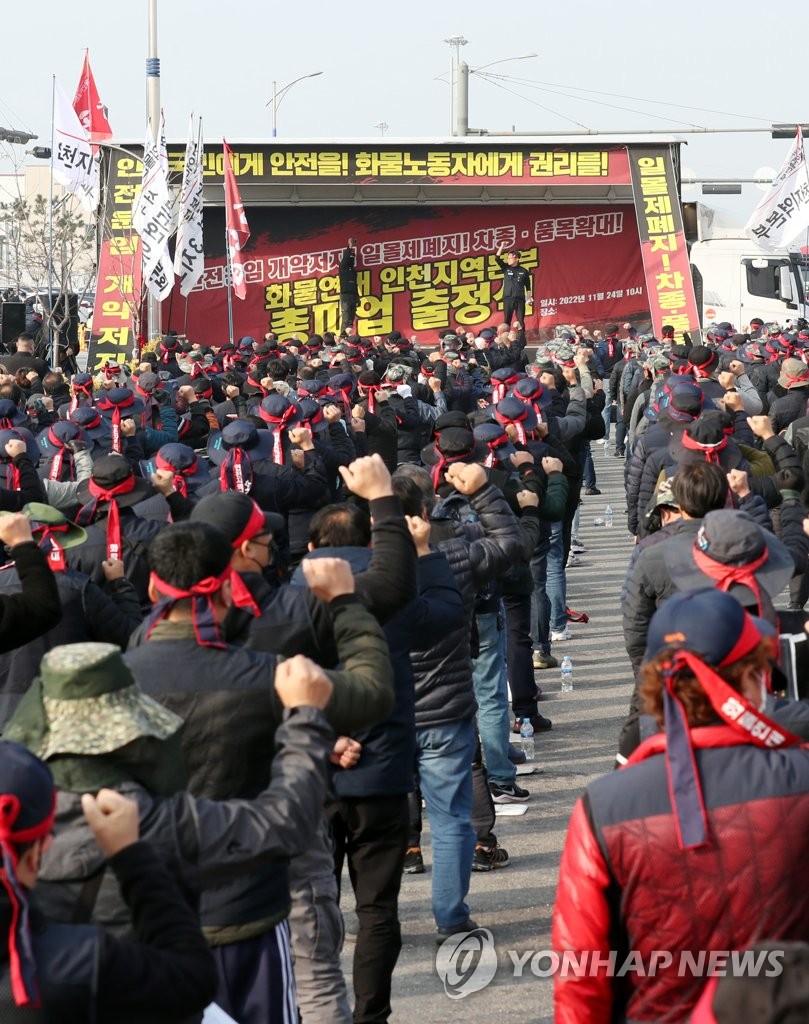