Yoon made the remarks as he presided over a meeting to promote defense exports at a plant of Korea Aerospace Industries, South Korea's sole aircraft maker, in Sacheon, 301 kilometers south of Seoul, the presidential office said in a statement.

"The defense industry is a future new growth engine and a driving force for high-tech industries," the statement quoted Yoon as saying.

"The government will actively support the defense industry so that it can contribute to national security and grow into a leading industry in the country," Yoon said.

South Korea recorded US$13 billion worth of arms exports in the first nine months of this year, according to the defense ministry.

This year has seen South Korean defense firms signing a series of arms deals with Poland and other countries to sell an assortment of weapons systems, like K9 self-propelled howitzers, K2 battle tanks and FA-50 light attack aircraft.

Yoon said the government will draw up a pan-government support system to expand cooperation between the defense industry and other industrial sectors, including nuclear power plants and construction.

"Exports of defense products will contribute not only to our security but also to the peace and stability of the international community, and strengthen solidarity with our friendly nations," Yoon said. 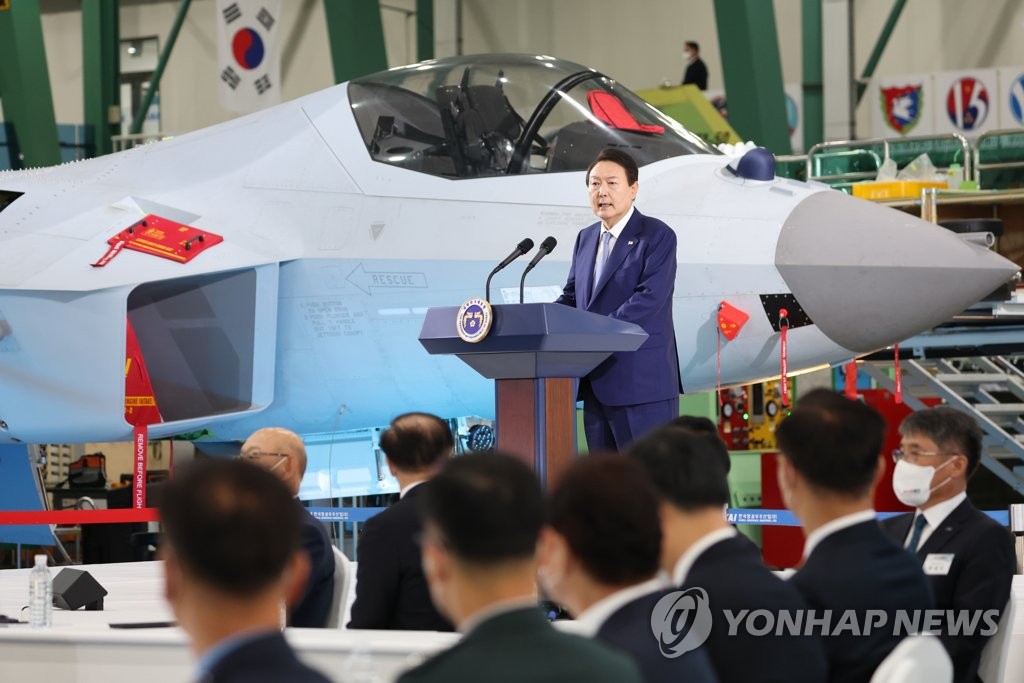