SEOUL, Nov. 24 (Yonhap) -- Prosecutors on Thursday raided the National Assembly as part of an investigation into allegations that opposition lawmaker Noh Woong-rae received 60 million won (US$45,167) from a businessperson in 2020 in return for business favors.

The Seoul Central District Prosecutors Office sent investigators to an information system maintenance office at the main parliamentary building to seize emails and other evidence from a PC and a computer server Noh used while serving as a head of the parliamentary science and ICT committee, officials said.

The four-term lawmaker of the main opposition Democratic Party has been under allegations that he received the money before and after the 2020 parliamentary election from the businessperson who, prosecutors suspect, sought the lawmaker's influence in a range of business issues needing administrative backing.

The latest search reportedly aimed to determine whether Noh was asked to use his influence as the then head of the parliamentary committee in matters related to any state bodies under the supervision of the committee.

Prosecutors previously searched his home and office twice last week, and plan to call him in soon for questioning.

Noh has refuted the allegations. 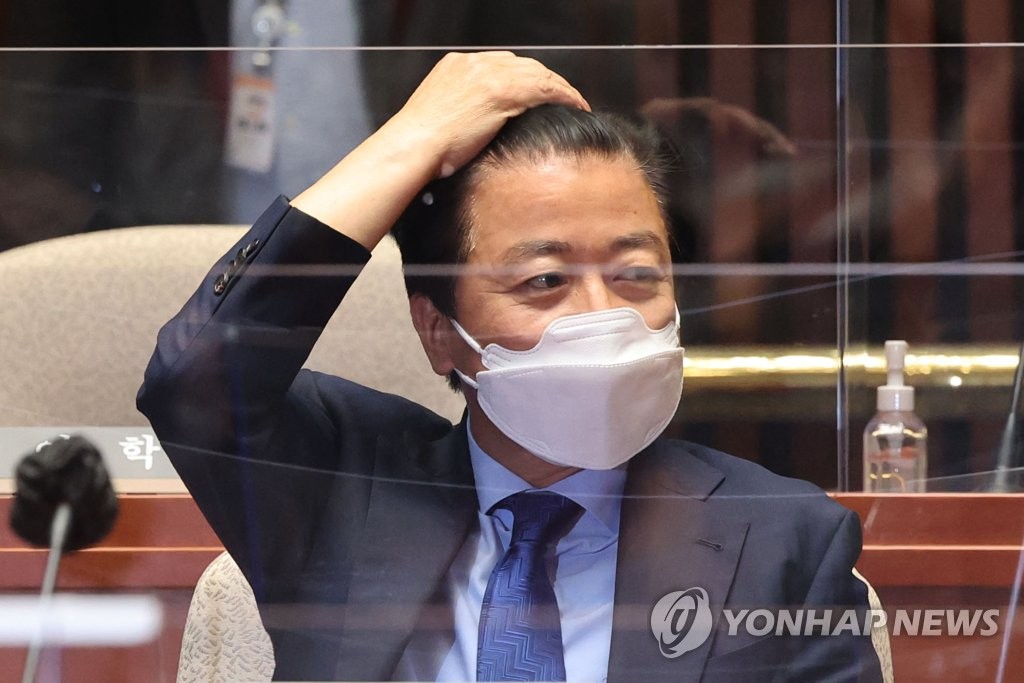