Tens of thousands of fans are expected to join street cheering nationwide later in the day as South Korea's national team is set to kick off their 2022 FIFA World Cup against Uruguay.

"We ordered relevant authorities to inspect sites and take countermeasures to prevent accidents from occurring due to sudden overcrowding," the official told Yonhap News Agency.

Police and local governments are ordered to set up safety fences in the areas, and other crowd control measures will be put in place.

The presidential office has been equipped with a real-time monitoring system on the areas, and subways will not be stopping in the areas if there are signs of sudden overcrowding.

The government has pledged to step up efforts to enhance public safety measures in the wake of the Itaewon tragedy that killed at least 158 people in a deadly crowd crush. 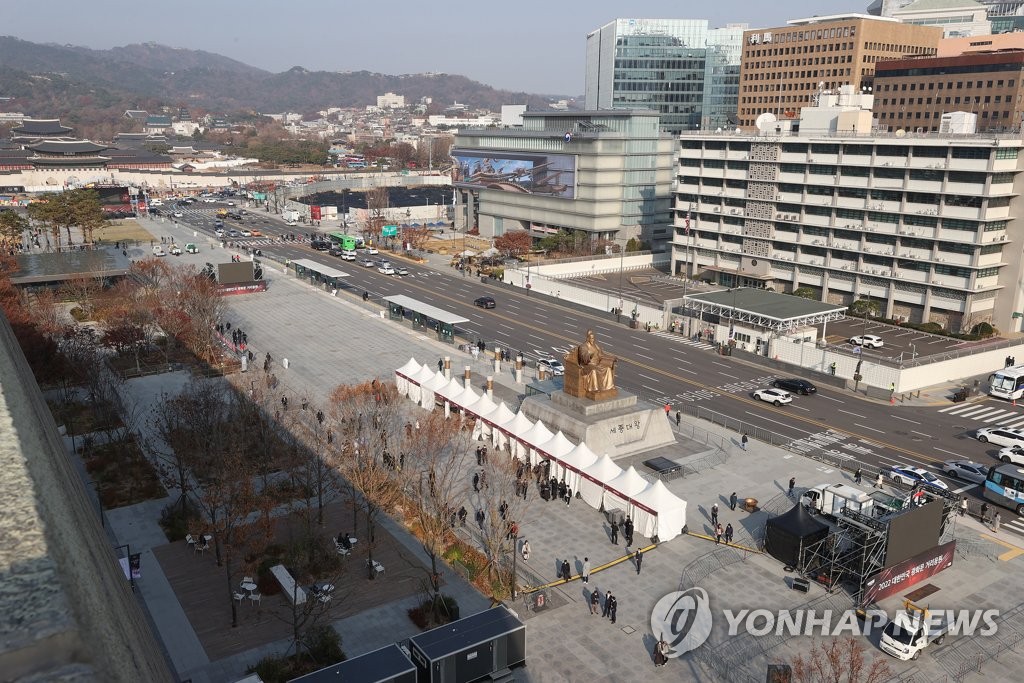