The decision was made by the Seoul Central District Court five days after Jeong Jin-sang, a vice chief of staff to DP Chairman Lee, was put under pretrial detention on bribery and other charges.

The same court issued an arrest warrant Saturday for Jeong, who is accused of taking about 140 million won (US$104,000) between 2013 and 2020 from real estate developers at the center of a corruption scandal in Seongnam, south of Seoul, in exchange for business favors for the project launched when Lee was its mayor.

Jeong also faces suspicions that he was promised a 24.5 percent stake worth 42.8 billion won in the land development project in the Daejang-dong district of Seongnam, in return for business favors given to the real estate developers.

But Jeong's lawyers requested a judicial review of the legality of Jeong's detention two days later and the court began the review Wednesday. 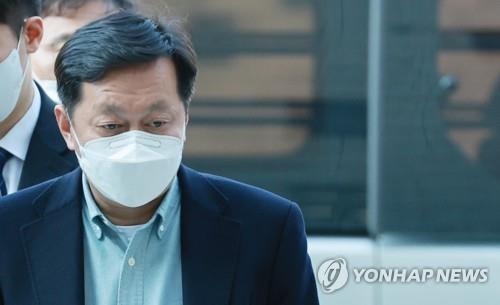