Ahn shot and killed Ito Hirobumi, Japan's first prime minister and resident-general of Korea, on Oct. 26, 1909, at Harbin Station in northern China. Five months after the assassination, he was executed at the age of 31.

During hearings in the Japanese colonial court, Ahn claimed he was a lieutenant general of the Korean resistance army fighting for Korea's independence and should be treated as a prisoner of war by international law, not as a terrorist. 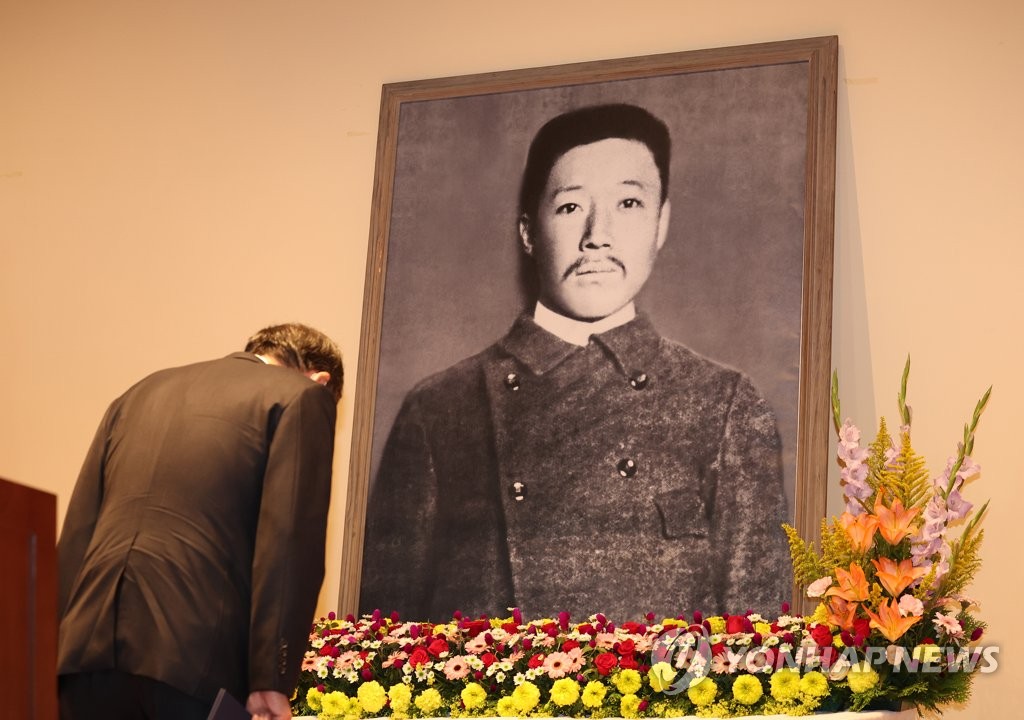 A new musical film, "Hero," based on the homegrown musical under the same title, will hit local theaters next month to share heartwarming stories of his final year.

Director Yoon Je-kyoon, who was behind two megahit films, "Haeundae" (2009) and "Ode to My Father" (2014), took the helm of the movie starring Jung Sung-hwa, who has received acclaim for his charismatic role in the original musical since its premiere in 2009.

"When I watched the musical, I cried a lot because I felt so sorry for Ahn Jung-geun," Yoon said in a press conference Monday. "I felt sorry for all independence fighters and decided to make the musical into a movie some day."

The story features narratives of Ahn's mother and other Korean independence activists, who joined him to cut off their left ring fingers to write "Korean independence" on the national flag with their own blood before the assassination.

Yoon said Ahn's relationship with his mother especially touched his heart, dedicating the movie to his late mother. 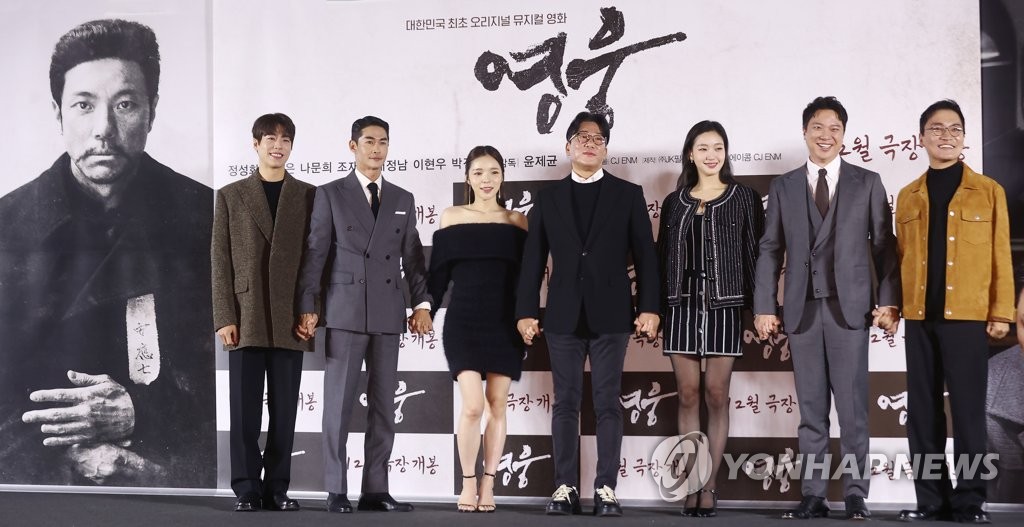 Jung will again star as the lead protagonist in the original musical, which is set to begin its ninth seasonal run at LG Arts Center on Dec. 21. The award-winning musical was previously staged in New York in 2011 and Harbin in 2015.

Another project currently under production is a espionage action movie based on Kim Hoon's new novel "Harbin."

Published in August, the novel clinched the top spot on local charts of major bookstores in the first several weeks and stills remains on the bestselling lists.

The 74-year-old novelist said he was "shocked" by Ahn's interrogation report he read during his college years, which contained the "motivation behind his revolution" and "passion of life."

In the fictional story, Ahn is portrayed as a young man with a youthful spirit and vitality who undergoes human suffering as the head of family and a Catholic believer.

He said Ahn's messages for peace are still relevant today amid rising tension in Northeast Asia, referring to the great power rivalry between China and the United States, nuclear-armed North Korea and Japan's push to become an assertive military power.

"I can't lock Ahn Jung-geun in his own time," Kim said during a press conference in August. "We are living in a more painful time now than the time of Ahn." 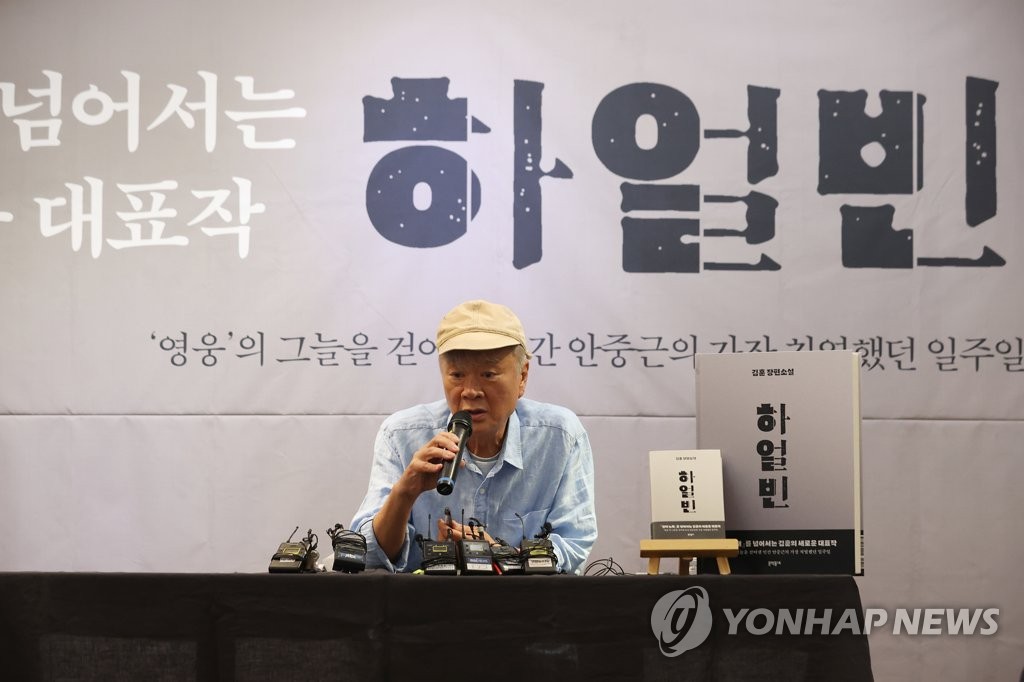