AL RAYYAN, Qatar, Nov. 24 (Yonhap) -- South Korea and Uruguay were scoreless in the first half of their first Group H match of the FIFA World Cup in Qatar on Thursday, with the South Americans striking the woodwork in late moments.

South Korea dodged a bullet when Diego Godin's header, set up by a corner in the 43rd minute, hit the bottom of the left post and rolled away from the goal. 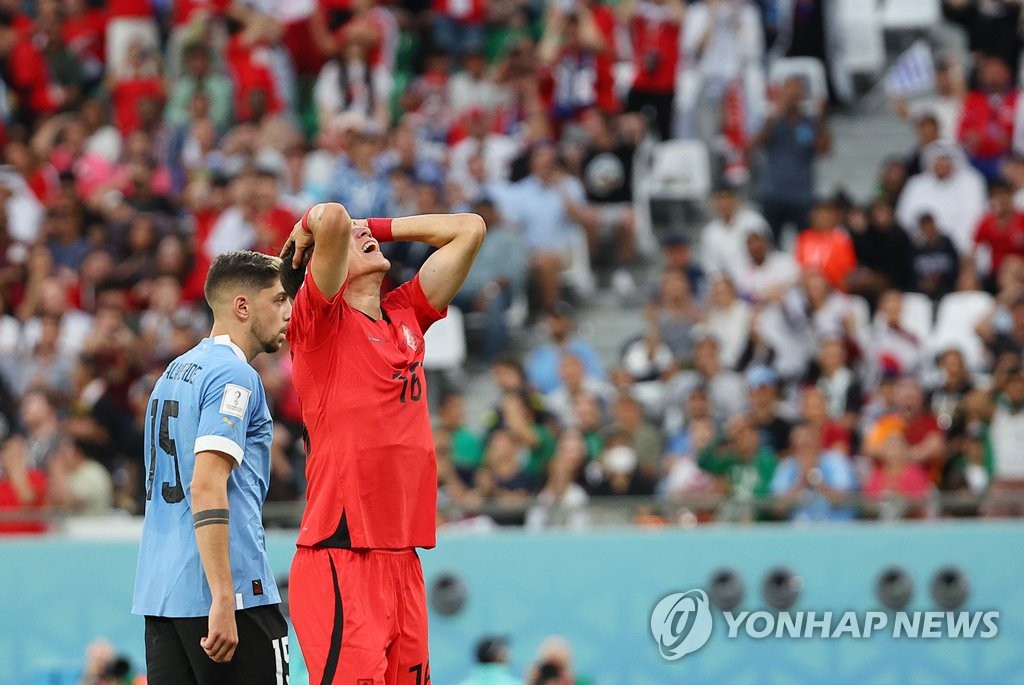 It was the closest either team came to score in a tightly-played opening 45 minutes at Education City Stadium in Al Rayyan, just west of Doha.

The match's first shot attempt came off the foot of Uruguay midfielder Federico Valverde, whose volley sailed over the net following a long pass from Jose Maria Gimenez. 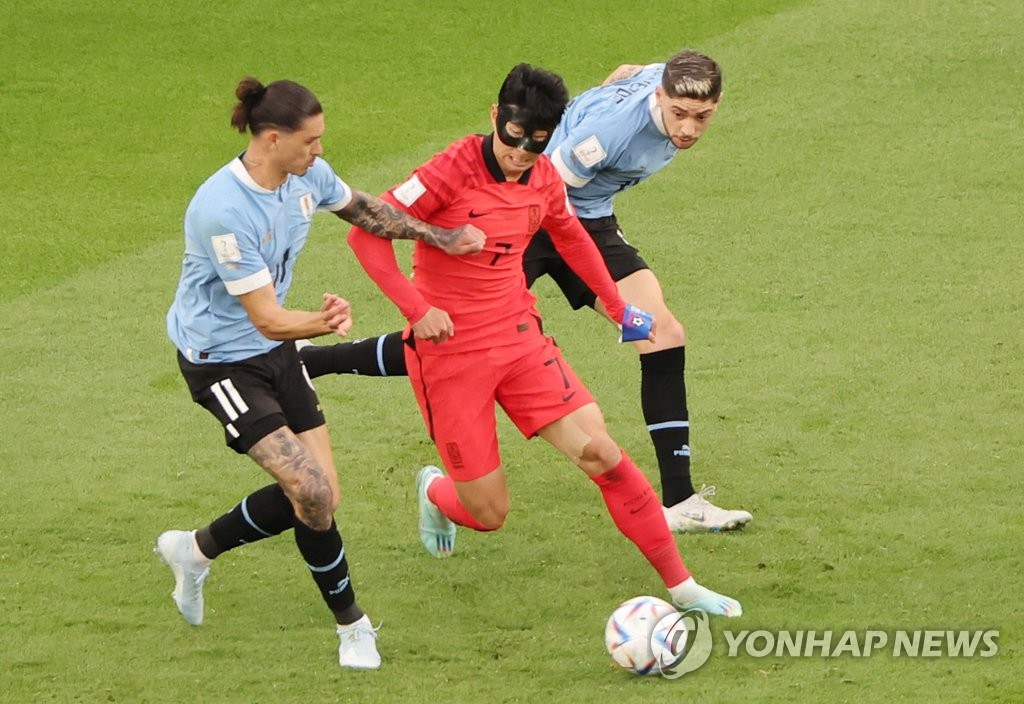