AL RAYYAN, Qatar, Nov. 24 (Yonhap) -- Following a hard-fought, 0-0 draw with Uruguay that opened South Korea's World Cup journey in Qatar on Thursday, defenders for the Taegeuk Warriors said they were happy to have executed their game plan to near perfection.

Uruguay hit the woodwork twice but were otherwise kept in check by the stingy defenders of South Korea at Education City Stadium in Al Rayyan, west of Doha, as the two sides walked away with a point in Group H action. 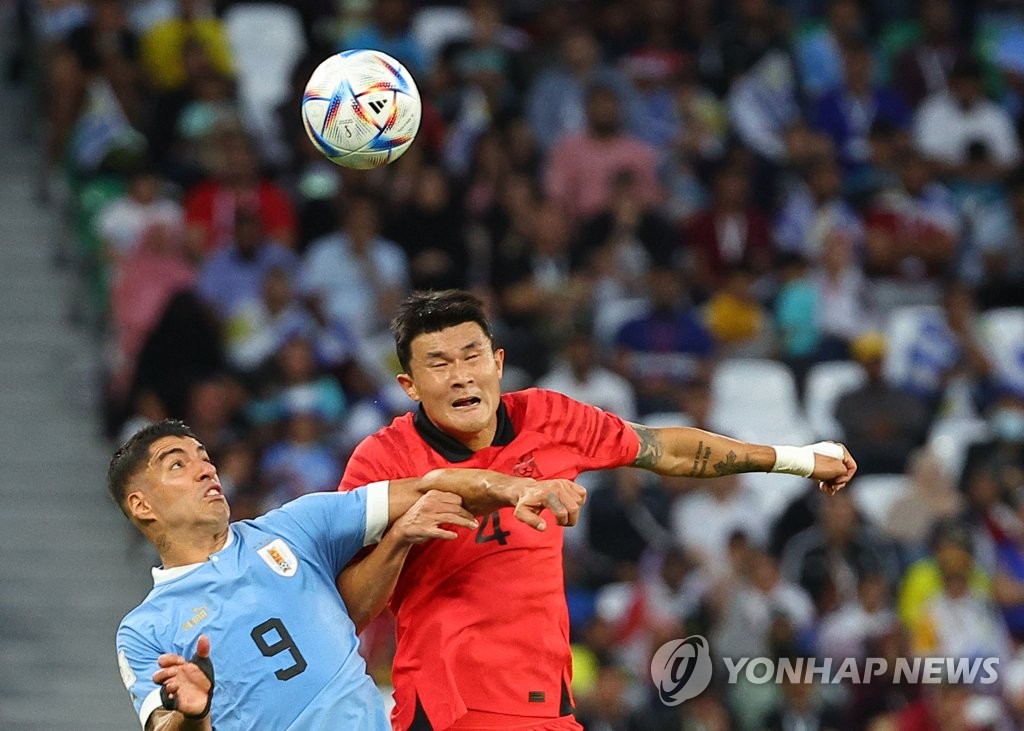 "They were good, but we did what we'd set out to do," Kim said. "I was nervous before a match for the first time, but I didn't want to show that."

His center back partner, Kim Young-gwon, said the objective is to keep the clean sheet streak going. Dating back to their 2-0 win over Germany in 2018, South Korea have now held their opponents without a goal in two straight games.

"The biggest objective is to continue to put up clean sheets," Kim said. "This was a difficult match because they were such great players. But we held our ground."

Kim Moon-hwan, who made his World Cup debut as the right fullback, said the draw was the result of a complete team effort. 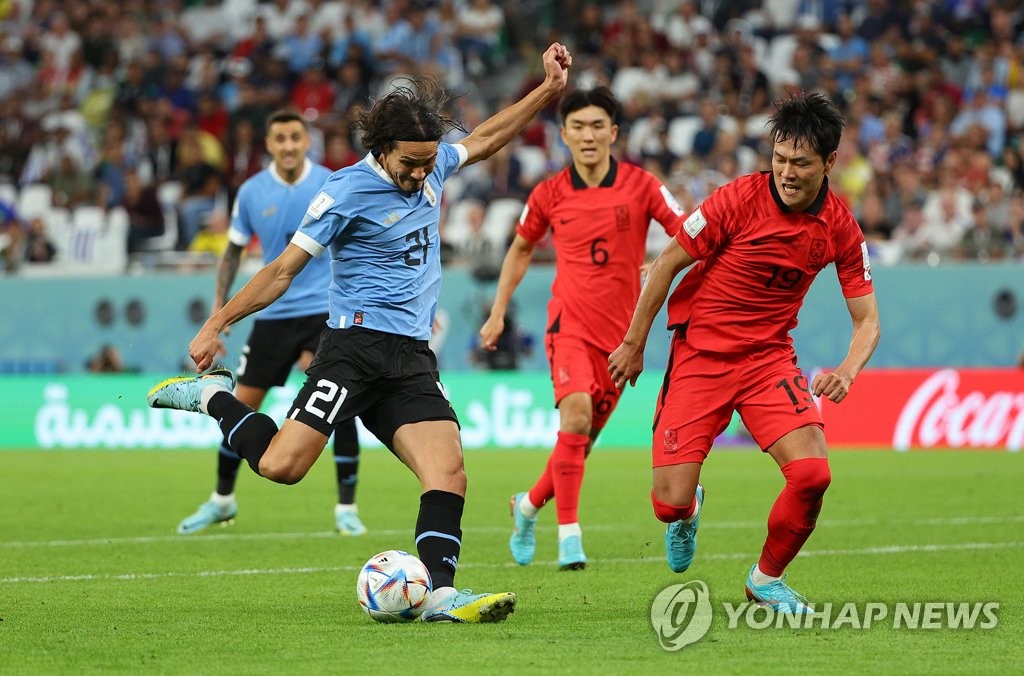 "The Uruguayan players were physical and fast. They are indeed world class players," Kim said. "But I think our defense as a group did a great job. Even though we didn't concede any goals, it would have been even better if we'd won the game."

Kim Min-jae survived a scare around the hour mark, when he slipped and fell on the pitch trying to chase down Nunez on a fast break. Kim managed to play the entire game and said his injury was not serious.

The Napoli defender also said he and his teammates were inspired by wins by Asian underdogs earlier in the tournament. Saudi Arabia stunned Argentina 2-1 on Tuesday, and Japan rallied past Germany 2-1 the next day.

"After watching those two matches, I actually felt some pressure to follow that up with a win, too," Kim said. "And I was also a bit envious. I think they both deserved to win, and it was easy to see that they so desperately wanted to win those games. I am sure our guys wanted to do the same today." 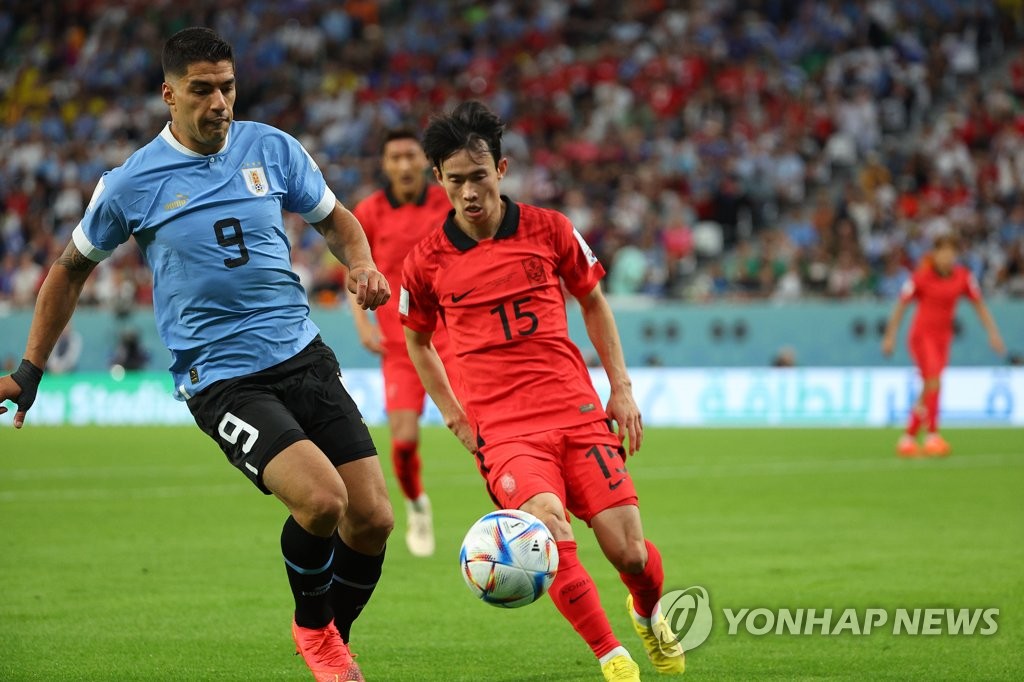