South Korea played Uruguay to a scoreless draw to begin Group H play at the FIFA World Cup here Thursday, but Uruguay, world No. 14, came quite close to scoring twice.

First, it was Diego Godin's header that hit the left goal post in the 43rd minute. Then in the 89th, Federico Valverde also found the left post with his shot. 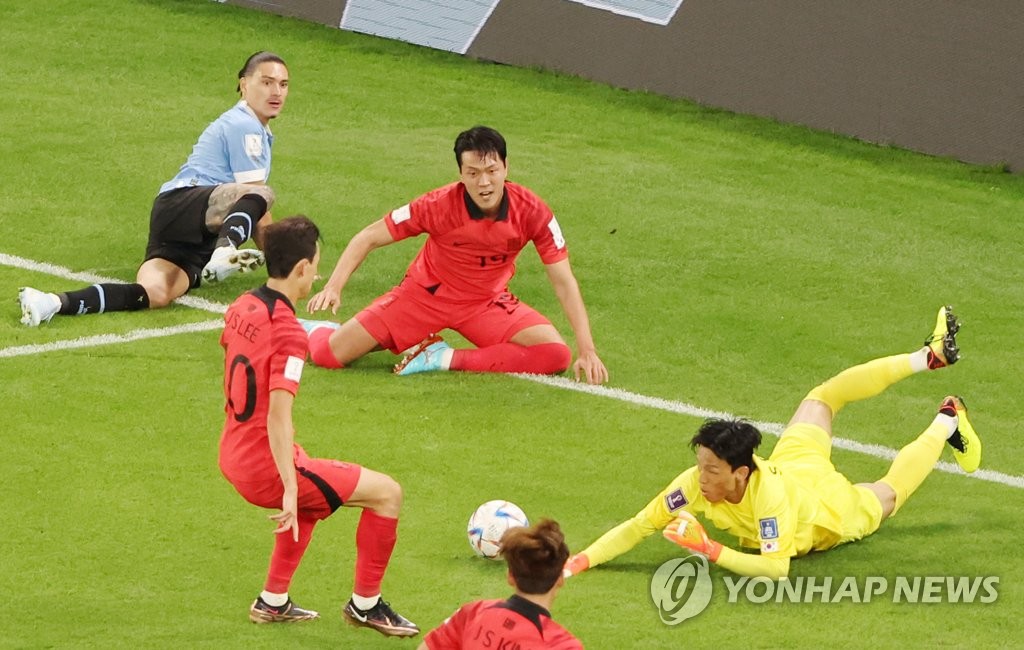 "When those shots hit the post, I thought to myself, 'What a relief,'" said Kim, who played in his first World Cup match since 2014. He was the backup to Jo Hyeon-woo at the 2018 tournament.

"From my position, I could see that my teammates were battling really hard, and they were trying to win every duel," Kim noted. "Playing hard and going the extra distance... I think that's a huge weapon for us. If we can stick to the same approach for the next two games (in the group stage), we should have great results." 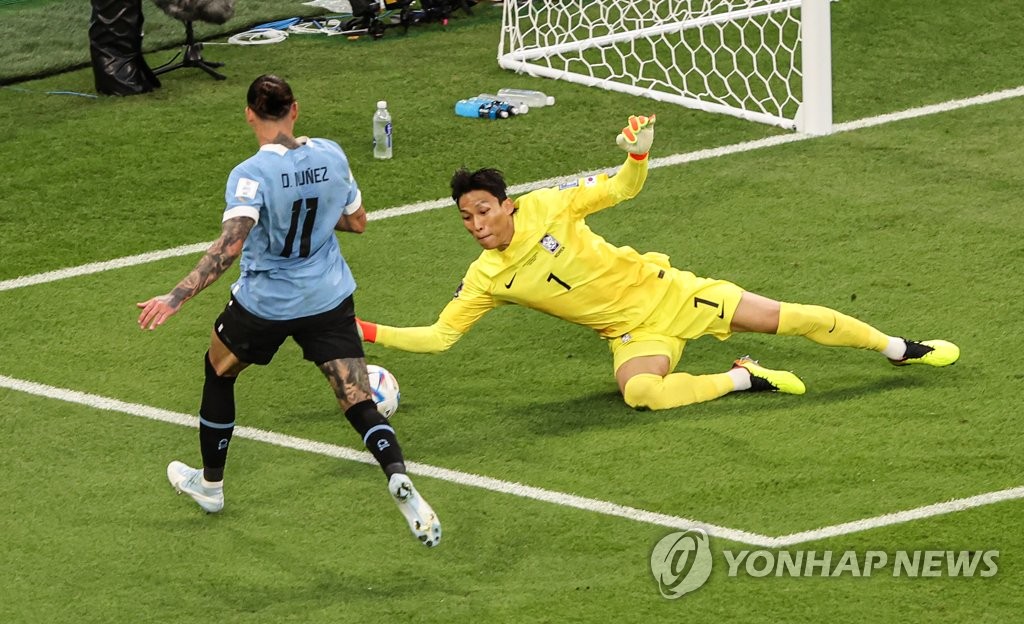 "Uruguay have some big-name players, who's who in world football. They can come out of nowhere to score goals," Kim said. "The guys in front of me did a great job containing those players."

Kim recalled South Korea's 2-1 win over Uruguay in a friendly match in October 2018, a month into the tenure of the current South Korea head coach Paulo Bento.

"We had a great match then, and I thought our stye of play would work against this team," Kim said. "We proved today that our style can be competitive on the global stage. That gave us a lot of confidence."