DOHA, Nov. 24 (Yonhap) -- Portugal defeated Ghana 3-2 to move to the top of Group H at the FIFA World Cup in Qatar on Thursday, hours after South Korea and Uruguay battled to a scoreless draw.

Cristiano Ronaldo scored a penalty in the 65th minute, and the seesaw match ensued at Stadium 974 in Doha. Andre Ayew leveled for Ghana in the 73rd, only to see Joao Felix put Portugal ahead in the 78th. 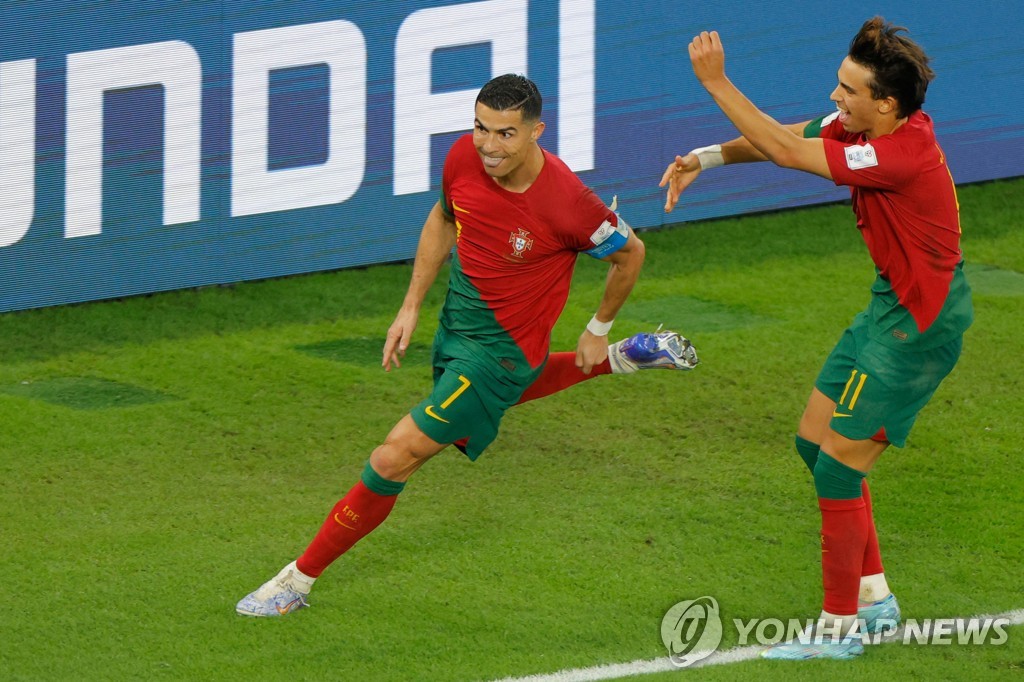 Rafael Leao got the insurance for Portugal in the 80th. Osman Bukari scored for Ghana in the 89th but the Africans ran out of time.

Ronaldo has now scored in five straight World Cup tournaments. Portugal will next take on Uruguay Monday at Lusail Stadium in Lusail, just north of Doha.

Portual lead Group H with three points, followed by South Korea and Uruguay with one point each. Ghana, without a point, are bringing up the rear.

South Korea's next match is against Ghana, also on Monday, at Education City Stadium in Al Rayyan, west of the Qatari capital.

With Thursday's matches, all 32 teams in the tournament have now begun their World Cup journey.