AL RAYYAN, Qatar, Nov. 25 (Yonhap) -- Kim Jin-su has been one of South Korea's top left fullbacks for the past decade, but he has also been a star-crossed athlete, missing out on the past two World Cups due to untimely injuries.

Kim, now 30, finally played in his first World Cup match Thursday against Uruguay, getting the start at his usual position in a scoreless draw at Education City Stadium in Al Rayyan, west of Doha.

Kim said afterward the big tournament was not all that it was cracked up to be. 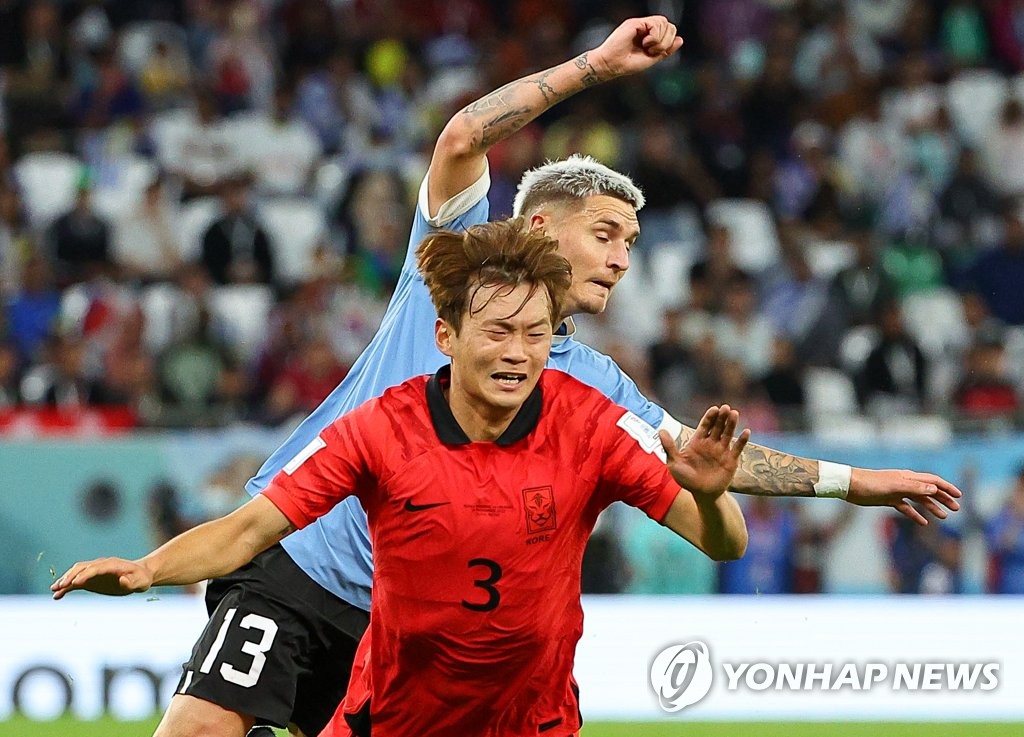 "I didn't feel any of the nerves or pressure that I thought I'd feel," Kim said. "The World Cup that I'd imagined was something that would keep me up at night. But I slept great last night, and even on my way to the stadium this morning, it felt like just another match."

Kim admitted, though, that he felt a bit emotional at the start of the match, knowing how far he had come to get to this point.

He would have felt better if South Korea, world No. 28, had pulled off an upset over 14th-ranked Uruguay. While head coach Paulo Bento said he was pleased with the hard-earned point, Kim said he saw it as a missed opportunity.

"This is so disappointing. We could have won this match," Kim said. "Obviously, we played a great team. But the match went the way we wanted it to go. We held our ground even in some challenging moments. It's a shame we didn't win." 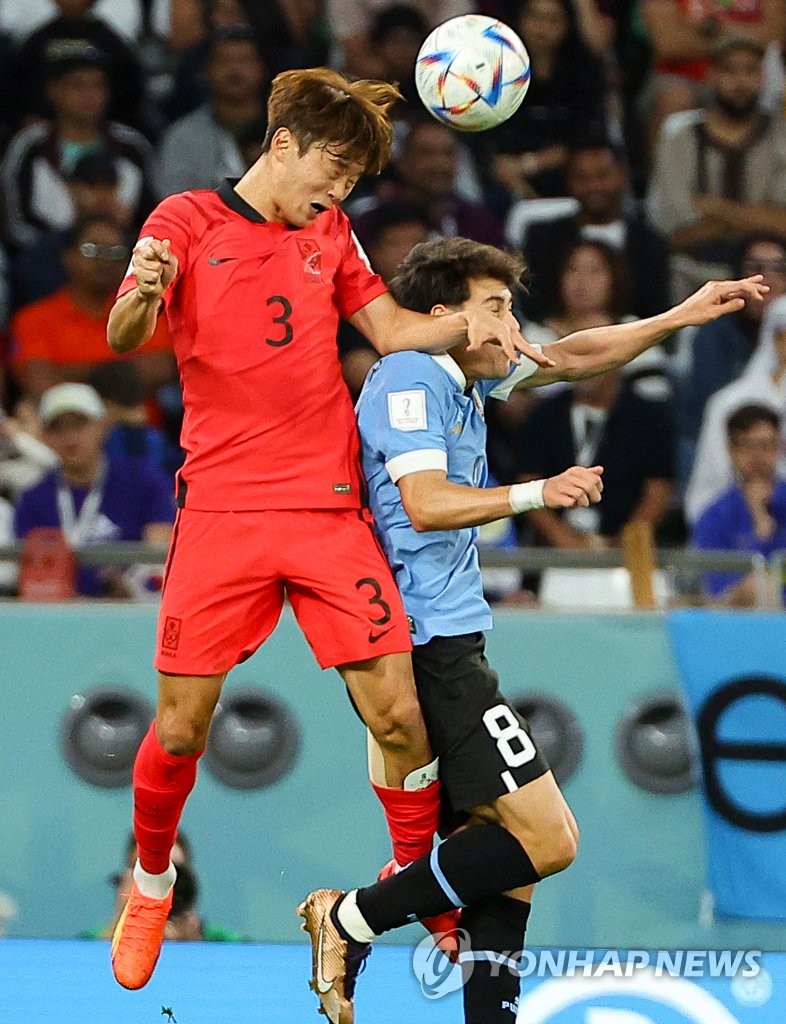 Kim would have been a shoo-in for both the 2014 and 2018 World Cups, if not for injuries suffered just before the two tournaments. Even this year's competition was no sure thing for Kim, who suffered a hamstring injury in late October.

He had been limited in training in Qatar but he played the full match Thursday on painkillers.

"I am not the only one taking painkillers. There's no one here who's pain free," Kim said. "I'll make sure I'll be ready for the next match." 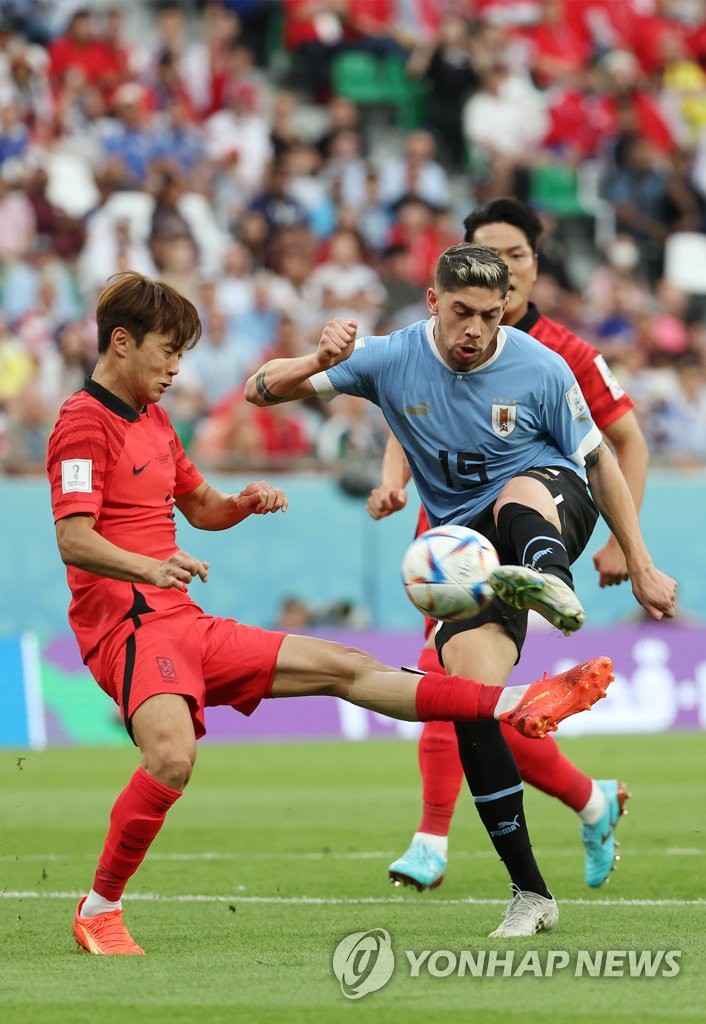