SEOUL, Nov. 25 (Yonhap) -- The nationwide strike by truck drivers caused supply disruptions across the cement and steel industries on Friday, with other sectors like auto and petrochemicals feared to bear the brunt if the protest prolongs.

Cement factories were unable to ship most of the daily supply of 200,000 tons the previous day as bulk cement tanker drivers joined the strike, the cement industry association said Friday.

The strike delayed the cement deposit work at construction sites across the country, and the ready-mix cement producers said they will have to suspend operation as early as early next week if the cement is not delivered in time.

Truck drivers went on strike Thursday, the second strike this year in less than six months, after staging an eight-day walkout in June, which resulted in massive delays in cargo shipments and production disruptions worth around 1.6 trillion won (US$1.21 billion) in damage.

They demand that the government extend temporary rules guaranteeing minimum freight rates, citing high fuel prices. The rules are set to expire at the end of this year. 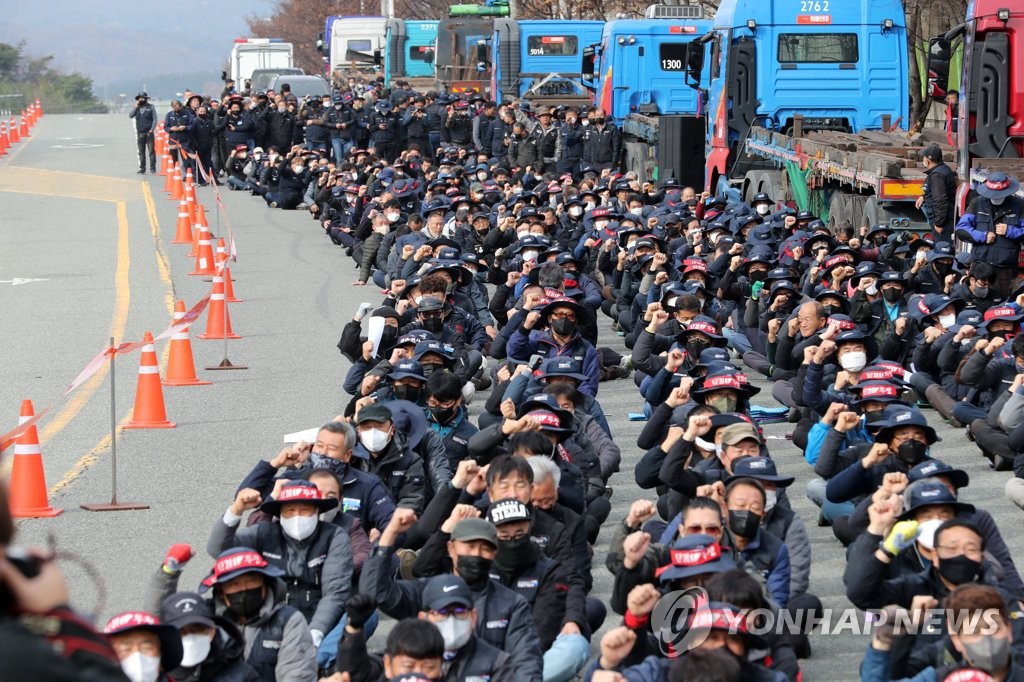 Hyundai Steel, a major steel producer, said it could not transport the daily shipment of 8,000 tons from its factories and its Pohang factory, in the country's southeast, is expected to experience shortage of storage from next week.

No major disruptions have occurred in the auto and petrochemical sectors, although they were bracing for various scenarios in case the strike prolongs, industry sources said.

Hyundai Motor and its smaller affiliate Kia have begun to have their own employees directly transport the vehicles to regional shipment centers as car hauler trucks were not available due to the strike.

Petrochemical companies said they were in talks with their clients about early deliveries to manage the inventory and were working to secure enough storage for undelivered shipment.

The industry ministry set up an emergency task force and held a first meeting on Thursday to assess the impacts on major industry sectors, including steel, auto, petrochemical and energy fields, and devise responses to minimize damage.

The government vowed to push for measures to secure alternative means of transportation and help expand storage spaces at factories while enhancing the monitoring of impacts and seeking compensation measures. 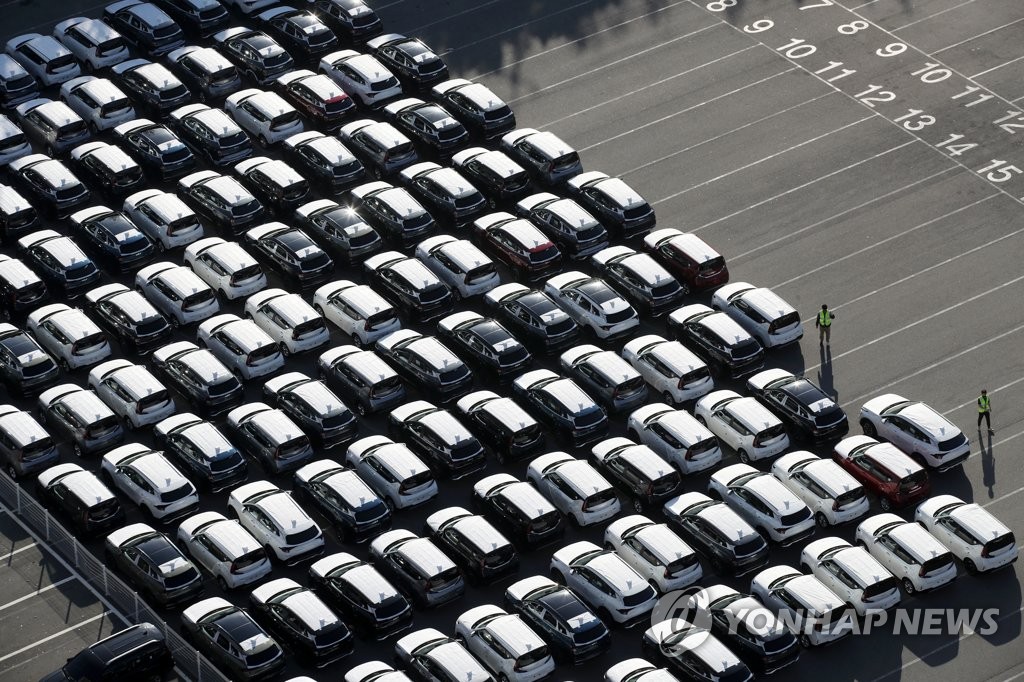 On Friday, 30 industry associations representing cement, auto, steel and others issued a joint statement urging the striking truckers to return to work, saying their action cannot earn public support as long as they take the "industrial logistics hostage."

As many as 7,700 unionized truckers have taken part in the strike, about 35 percent of the total 22,000 members, according to the latest data from the Ministry of Land, Infrastructure and Transport.

Twelve major ports across the country were operating as normal without entry blockage, with the ratio of container storage at ports maintaining the average level of around 63 percent, although the volume of shipment has decreased, the ministry said.

No official talks have yet to take place between the government and the truckers' union.

In June, the government agreed to work on the extension of the minimum wage system, while the union called for making the system permanent.

South Korea's trade association said it has received 32 complaints from 19 shippers since the strike began. Penalties from shipment delays and loss of foreign clients accounted for the most, followed by increased shipment costs, among others, according to the Korea International Trade Association.