The index fell 0.27 percent from a week ago. 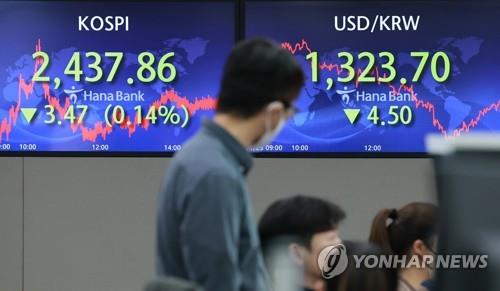 On Thursday, the Bank of Korea delivered a 25 basis-point rate hike to bring down high prices.

BOK Gov. Rhee Chang-yong said the central bank will not discuss rate cuts until there are clear signs of inflation falling to its target range.

Most large-cap shares in Seoul closed down.

Bond prices, which move inversely to yields, closed higher. The yield on three-year Treasurys fell 4.5 basis points to 3.644 percent, and the return on the benchmark five-year government bond lost 4.8 basis points to 3.670 percent.